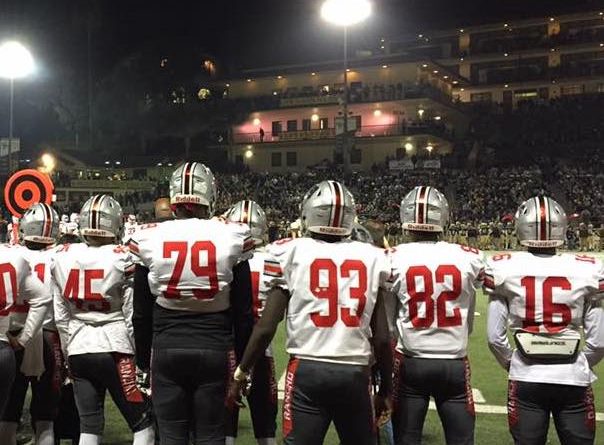 You may want to sit down and take a deep breath before reading these statistics from Duffy’s freshman season. Last year, the freshman phenom threw for 2,984 yards while completing an unbelievable 69.7-percent of his passes. He finished with 40 TD passes and a monstrous QB rating of 139.3.

Yes, you are reading this correctly. A freshman had one of the best seasons of any quarterback in the entire country, period. By the way — he also runs. He had 316 yards on the ground last season, putting him at over 3,300 total yards his freshman year. He has three more years left and unsurprisingly already has at least 10 D-1 offers.

Jefferson rushed for 621 yards last season without receiving even close to the touches their RB1 did. With Xavier Ugorji gone, don’t be surprised to see Jefferson’s yardage double, or more. He’s not only a threat to rush, but also racked up 160 receiving yards in the slot last season.

Speaking of freshman phenoms, linebacker Austin Logan missed three games last season and still recorded 62 tackles.Given that, he’s likely on a fast track to being one of the top linebackers in the Southern Section.

Rancho Verde went undefeated for the season before falling to Upland in the Division 2 championship game. Most of their victories were heavy blowouts as well. While they’re losing a few top seniors, the Mustangs have enough returning talent at a few key spots to have their sights on another deep playoff run.

Their supercharged offense starts with sophomore QB AJ Duffy. The dual-threat/pro-style hybrid quarterback threw for 2,984 yards and 40 touchdowns with an absurd QB rating of 139.3. He’s joined by another stellar playmaker in RB/SB Jordan Jefferson. Jefferson ran for 621 yards last season, and will likely have an even bigger role this year.

All other primary receiving threats graduated, but WR Jonah Cornell is transferring in after a strong season at Norco. He’s already receiving D-1 interest and is likely due for far more than last season’s total of 353 receiving yards. Murrieta Valley transfer Diego Del Castillo (WR) and Vista Murrieta transfer Justin Honore (RB) may emerge as additional options at the skill positions.

On defense, Kenya Dorsey II and Austin Hogan return after both racking up over 60 tackles last season as underclassmen. They make for an up-and-coming elite linebacker duo, and are joined on the defensive interior by Damir Unger (LB) and Jonah Reeder (DT). CB Demond Young leads a young secondary, and may be joined by another DB in Carter transfer Ronald McFoy.