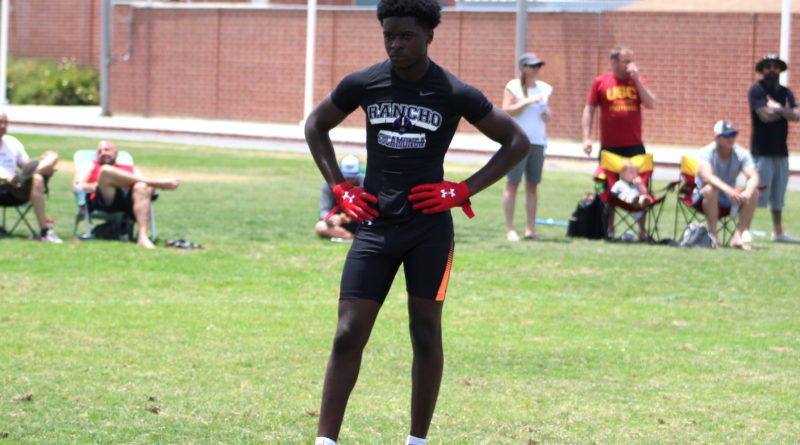 Mark Verti is in his second year as head coach of Rancho Cucamonga. He is also the offensive coordinator.

247 has 4-star prospect Stroud as the fourth best senior pro-style quarterback in the country. Last season, he threw for 2,343 yards with only six interceptions. He’s received 14 D-1 offers, including Baylor, Oregon, and Cal.

3-star prospect Bolden recorded 572 receiving yards last season and 762 all-purpose yards as a returner and occasional rusher. Bolden has already received six D-1 offers, and will likely get even more opportunities at receiver this season.

Moten is a 3-star recruit with multiple D-1 offers at corner. He also happens to have been Rancho Cucamonga’s second-leading rusher last season with nearly 700 yards. This season, with their other two running threats gone, he’s a near-lock to blow past last year’s total.

Rancho Cucamonga is coming off a great season in which they upset Upland to take home the league crown. This year, they return most of their key playmakers, including at every skill position, many of whom are D-1 prospects. They have the potential to expand on their success from last year if their inexperienced defense lives up to its potential.

Offensively, seven starters return, and they’re all excellent. Four-star, pro-style quarterback CJ Stroud is one of the better passers in the country, plain and simple. Quentin Moten is an explosive 3-star recruit at CB/ATH who also rushed for nearly 700 yards last season. At receiver, both Silas Bolden and Jayden Veal are both 3-star recruits with numerous D-1 offers as well. To top it off, 2-star recruit Dominic Perez (OG) and San Diego State commit Julian Ripley and Noah Constuble bring great size and physicality to the O-line.

Only three starters return on defense, but coach Verti really believes in their young talent. The up-and-comers on that end will have to outplay their experience level for the Cougars to go on a serious playoff run. Their strengths are on the defensive line and in the secondary. Sean Evans, Mahki Smith, Esaia Bogar, and Reggie Jackson will be asked to hold it down on the interior. Moten and Jordan Webb highlight the secondary.