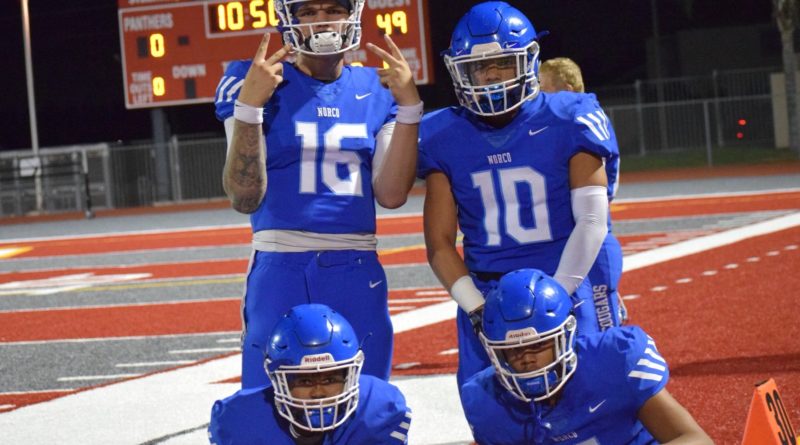 Here’s an inside look at the CIF Southern Section Division 1/2 Norco football team.

Chuck Chastain has been Norco’s head coach since 2014.

Illingworth is the 16th-ranked senior quarterback in the entire country, per 247. The 4-star recruit and Oklahoma State commit threw for 2,739 yards last season, and posted an exceptional 123.6 QB rating. At 6-6, 230 pounds, Illingworth already has ideal size for an NFL quarterback.

Illingworth will be throwing to another 4-star recruit in Jaden Navarrette. The Oregon commit registered 670 receiving yards last season, good for First Team All-League. Navarrette is a top-10 national recruit in his class at ATH, per 247. At 6-3, 235 pounds and with exceptional athleticism, he still may be figuring out what all he can do.

Ashley was the Cougars’ leading receiver last season with 736 receiving yards and nine touchdowns. And when you factor in nearly 300 kick-returning yards, he recorded over 1,000 all-purpose yards. A First Team All-League performer, Ashley is a 2-star recruit and has received offers from UNLV and Hawaii.

Norco lost last season in the Division 2 quarterfinals, but eventual division champion Upland was a brutally tough draw. Just how close was Norco to the top? They came the closest in the D-2 playoffs to beating Upland, losing by five.

And this year, they have a chance to be even better. They could contend for not only a state title, but also an argument for best public school team in the country.