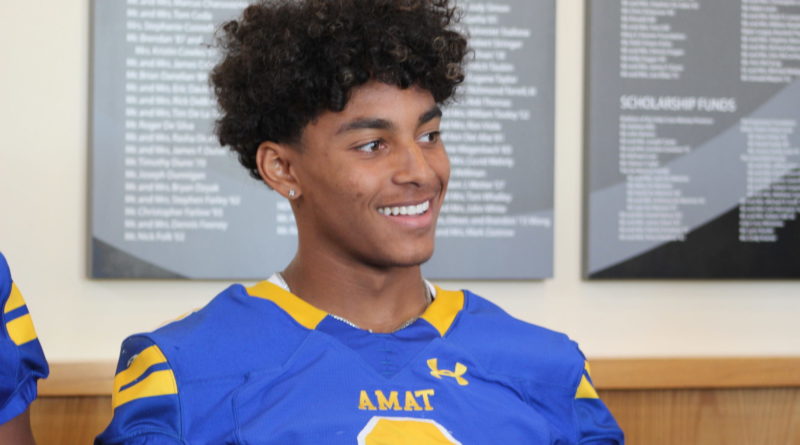 Steve Hagerty is entering his 12th season as head coach at Bishop Amat.

Moore injured his knee in the first game of the season last year and missed the rest of his junior season. He’s back and healthy for his senior season. Moore is committed to Cal.

Hayes caught three TDs as a junior. He’ll have a bigger role in the offense this season.

Made 41 tackles last season, nine were for loss. Also had an interception in 2018.

Bishop Amat will be Mission League contenders in 2019 after winning the league a season ago. The Lancers will be right on that Division 1 to Division 2 playoff line come playoff time. If they fall to Division 2, they’ll have a shot at a championship.

Amat is currently undergoing a quarterback competition ahead of Thursday’s season opener against Diamond Ranch. Whoever quarterbacks the Lancers in 2019 will play a huge role in where the team falls in the postseason. A healthy Damien Moore is a big boost for the Lancers.