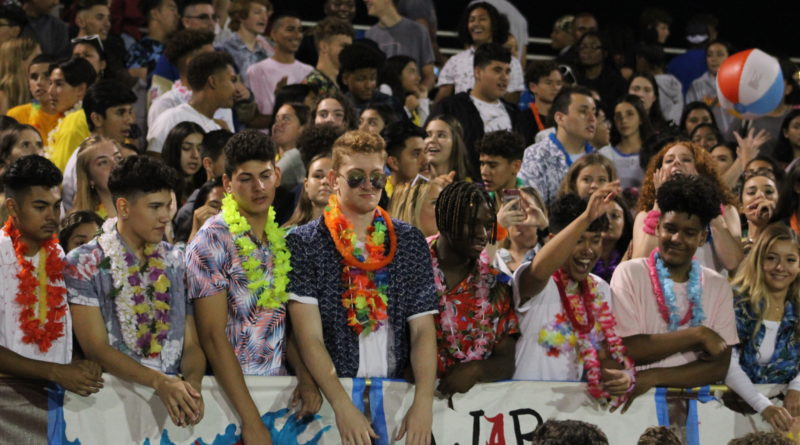 MISSION HILLS – Bishop Alemany could not be stopped Friday night in their first game of the 2019 season, a 62-36 victory over Jordan High School from Sandy, Utah. Here are three takeaways from the Warriors’ win.

MOSS WAS THE BOSS

Alemany quarterback Miller Moss threw for 248 yards and five touchdowns, and looked poised and polished from the get-go. He did an excellent job making quick reads and decisions, and dominated the game through a plethora of short, simple passes.

Moss is known for his ability to dominate games with advanced passing prowess, but this game was about making the simple play. His receivers were simply in the right place at the right time, and demoralized Jordan’s defense with their acceleration.

DJ Justice and Deonce Caldwell had two touchdown catches apiece, and Kevin Green had a TD catch and 89 receiving yards. That trio found hole after hole in the Beetdiggers’ defense from start to finish. They gave Jordan’s secondary a really rough night, and simply outran their defense on countless occasions.

Plenty of times it seemed like a nice screen pass was going to result in a nice gain of five to eight yards, but then the next thing anyone knew, the Warriors were blowing by tacklers and finding the end zone. Their offensive execution for an opening night was superb, not just from the playmakers but also the offensive line against a bigger Jordan team.

The Warriors’ speed also shined in the special teams and rushing game as well. They picked up major yardage on kick returns, including one returned for a touchdown by Jaylin Smith. Damario Strong had a very strong second half running the ball, highlighted by a 61-yard touchdown. They were just too fast and too good in every facet of the game.

Alemany’s young squad still has a ways to go before they can contend for a Mission League title this season. But if week one was any indication, they’re going to be almost impossible to stop offensively. Alemany’s defensive line had Jordan QB Kadius Fuimaono scrambling all night long, but the Warriors need to tighten up defensively.

It’s on to Arizona for Alemany as they head to Gilbert next Friday to play Higley High School.