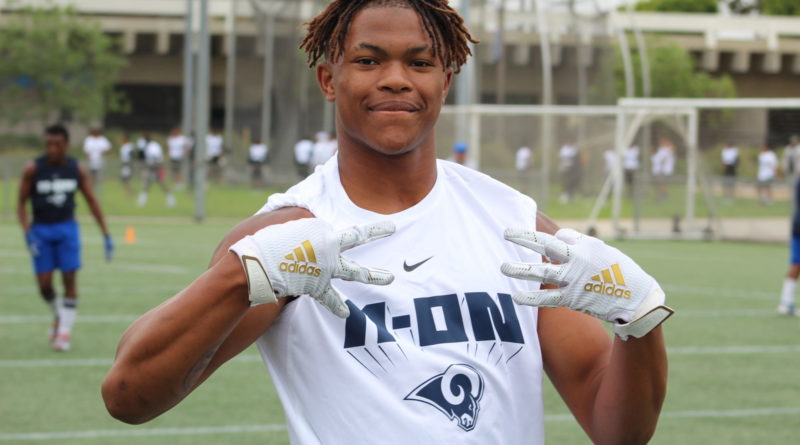 Anthony Jefferson is entering his second season as the head coach at Cathedral.

The Arizona State commit transferred in from Venice after hauling in 72 catches for 1,007 yards in 2018. He says the transition has been fine, he just wishes Cathedral wasn’t an all-boys school.

Lenhoff transferred in from Calabasas. He’s an extremely hard worker who has wowed on the 7-on-7 stage. He did throw a varsity TD pass last season against JSerra for Calabasas. He’ll throw a lot more varsity TD’s in 2019.

*Only Johnson Jr.’s transfer has been approved by the CIF-SS office so far.

If Cathedral keeps its cool, they’ll have a good season. The Phantoms were involved in two fights at 7-on-7 tournaments this summer, and one of them got the team kicked out of the Edison Passing tournament. It was so bad coach Jefferson had to write a letter of apology.

The team has a lot of talent and Lenhoff is a skilled signal-caller, despite being so young. Early season games will show exactly what kind of depth the Phantoms have on the interior on both sides of the ball.