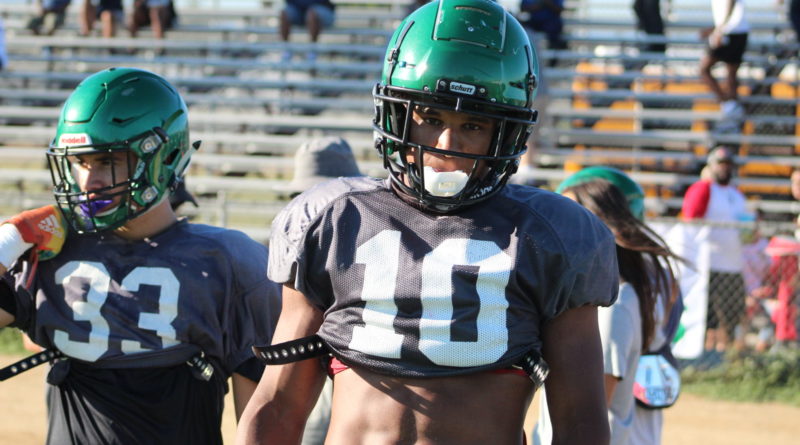 Southern California football teams from Carson, Garfield and Upland took part in a three team scrimmage Thursday night at Garfield High. The score was not kept as all three teams constantly rotated in and out.

Initially, just Carson was supposed to play Garfield, but Upland had a scrimmage opponent cancel and were invited to partake.

“No one would play them,” Garfield coach Lorenzo Hernandez said. “I don’t want to sound arrogant, but we play anybody that helps us get better as a staff, as a community and as a team…I know they’ve got some amazing kids, but at the end of the day, you’re going to see guys like that at some place, whether it’s high school, college or even the NFL.”

Upland’s big names were on full display as Justin and Jonathan Flowe shined on defense for the Scots. On one play, Justin tossed aside a Carson offensive lineman.

On the offensive side, Upland running back Tyevin Ford was the best ball-carrier from any of the teams. He consistently ran over Carson and Garfield linebackers.

For Garfield, senior defensive end Anthony Ruvalcaba played well, according to his head coach. Hernandez is happy with how that side of the ball has come together this offseason.

“I think our defense is doing a great job and that was our intent to build our team around our defense,” he said