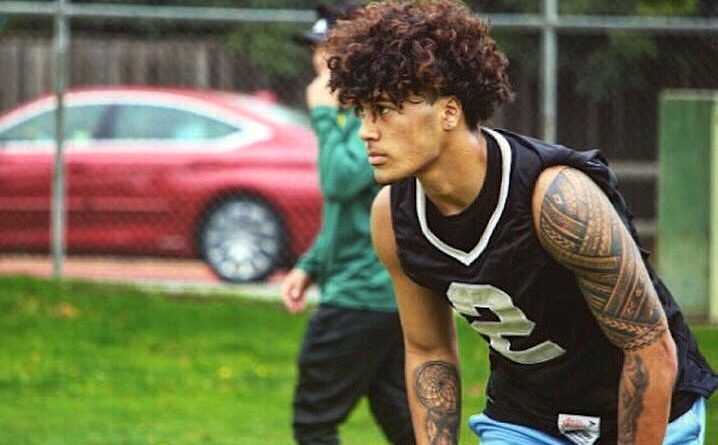 One of the top recruits at the athlete position on the west coast, Villa Park’s Zion Alefosio does a little bit of everything. Here’s an inside look at the 2019 Spartans.

Overall record: 12-1 (3-0 in league, 1st in the Crestview League). Last season, they lost 34-31 to eventual champion Grace Brethren in the Division 4 semifinals.

Dusan Ancich has been Villa Park’s head coach since 2008.

Hakai ran for 954 yards and 18 rushing TDs last season. He can also catch, having racked up 177 receiving yards as well. He will be looked to as Villa Park’s primary returning playmaker this year. He also is a rotation player at OLB.

One of the top recruits at the athlete position on the west coast, Zion Alefosio does a little bit of everything. He has already received offers from many D1 schools, including Oregon, Oregon State, Arizona, Kansas State, and Colorado. Last season he recorded 427 receiving yards, 116 rushing yards, and 43 tackles.

Last season, Villa Park went undefeated all the way through the Division 4 quarterfinals. Their sole loss came down to the wire against eventual champion Crace Brethren. This year, with a load of returning talent, their sights will once again be set on the division title.

Offensively, star running back Anthony Hakai will be expected to carry a heavy load. With top receiver Dylan Bonilla gone, expect WR Zion Alefosio to take on a much bigger role as well. Also returning at receiver is Isaac Hermosillo, who went for over 400 receiving yards last season. The big question offensively will be at quarterback, as Paul Piferi, who threw for almost 3,000 yards last season, graduated.

Defensively, the Spartans should once again be dominant around the line of scrimmage. Leading tackler John Tu’avao (LB) returns as a senior after making 84 tackles last season. He’ll be joined by a strong pair of defensive ends in Zeus Alefosio and Alexander Antillon.

If Villa Park can adequately replace Piferi at QB, there are very few holes on this roster. Plenty of last season’s main guys on both ends will be back as seniors or juniors. Consider the Spartans one of the top threats to win the division.