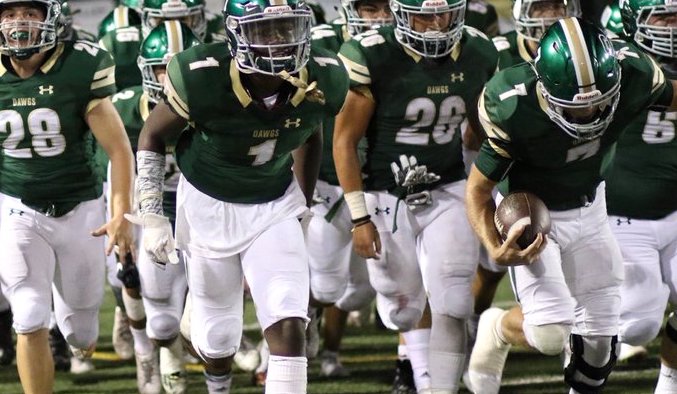 Expectations are very high for South Hills. And they should be — every single top skill position player is back. Here’s an inside look at the 2019 Huskies.

Overall record: 14-1 (5-0, first in the Hacienda League). South Hills defeated Oxnard 23-14 to win the Division 6 championship. They then lost 42-14 in the state semifinals against Lawndale.

Danilo Robinson will be entering his first season as coach at South Hills. He has 17 years of experience coaching at the high school and college levels. Before agreeing to join South Hills in January, he guided Sky View in Utah to back-to-back regional titles.

*Note: Khalil Ali was listed as sophomore last season and multiple sources classify him in the class of 2021. There are also sources listing him as class of 2020, so he may have reclassified.

Ali was dominant last season as a sophomore, throwing for 2,476 yards and 24 touchdowns. He added 289 rushing yards as well, a focus of his for improvement going forward. He’s already received one D1 offer from William & Mary.

Charles made First Team All-League last season at wide receiver after going for 889 receiving yards and 11 touchdowns. He also was a standout at cornerback, making 32 tackles.

Twenty-one points. That was the most points South Hills allowed in a game through their victory over Oxnard in the D-6 championship. Going into the state semifinals against Lawndale, they were undefeated as well. And they gave up no more than seven points in more than half of their games last season.

Needless to say, expectations are very high this season. And they should be — every single top skill position player is back. Replacing First Team All-League offensive tackles Bruce Loyola and Jorge Salinas will be tough. But the core of offensive playmakers that helped them go completely undefeated until state playoffs is entirely intact.

D1 prospect Khalil Ali returns at quarterback after throwing for nearly 2,500 yards last season. Pro-style Ali is also improving as a threat to run the ball. And his two main downfield threats, Thonye Charles and Jordan Sanchez, are back as seniors. Both of them racked up over 800 receiving yards last season. Their RB2, Steven Munoz, will be back as well.

Then there’s reigning Hacienda League Player of the Year, Juaquin Elliot, who rushed for 1,720 yards last season. Elliott and Ali combine as arguably the top QB/RB tandem in the division. This offense is going to be almost impossible to stop for most Division 4 defenses.

Defense is where most of the uncertainty is. They had six defenders make First-Team All-League last season, and all were seniors. So, the Huskies will be losing all of their top defensive players from last season except for Charles and Sanchez. Both receivers double as exceptional DBs, with Charles at corner and Sanchez at free safety.

If the losses at both sides of the line of scrimmage can be mitigated by fresh talent, South Hills can contend for a D4 title. The Huskies’ returning offensive core is too explosive for them to expect less than a deep playoff run.