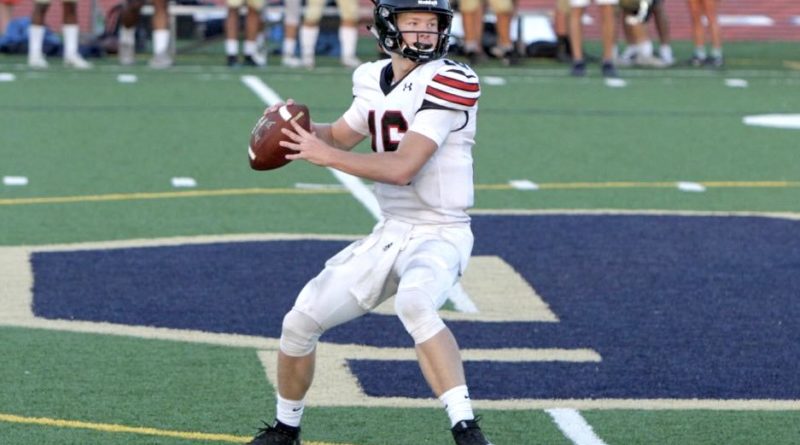 Dual-threat QB and Cal commit Zach Johnson returns to lead Hart as they move down to Division 4. Here’s an inside look at the 2019 Indians.

Mike Herrington has been Hart’s head coach since 1989.

3-star dual-threat QB Zach Johnson is the 30th ranked dual-threat quarterback in the country, per 247. Last season the Cal commit threw for a whopping 2,892 yards and 30 touchdowns. He was also Hart’s second-leading rusher with 347 yards.

Munoz was second on the Indians with 523 receiving yards last season, and led them with 10 receiving touchdowns. He’s also an important member of their secondary, and recorded 34 tackles last season.

McCarthy led the Indians with 79 tackles last season as a junior.

Hart is returning a lot of key cogs from a solid D-3 team that could go on a playoff run if they’re hot at the right time. Their explosive offense is headlined by Cal commit dual-threat quarterback Zach Johnson. Three of his four top options at receiver are returning in Drew Munoz, Ryan Tomaszewski, and Ashton Thomas. Taden Littleford is an x-factor as a versatile senior who can both run and catch the football.

The Indians are returning a solid amount of their key defensive players as well. Leighton McCarthy (LB) and Dylan Vrandenburg (DE) anchor their interior defense. Littleford, Thomas, and Munoz all contribute to Hart’s secondary in addition to playing offense, and are joined by Max Bjorkman. Brayden York, Blake Gill, and Freddy Alvarenga are all candidates to make an impact at DT.