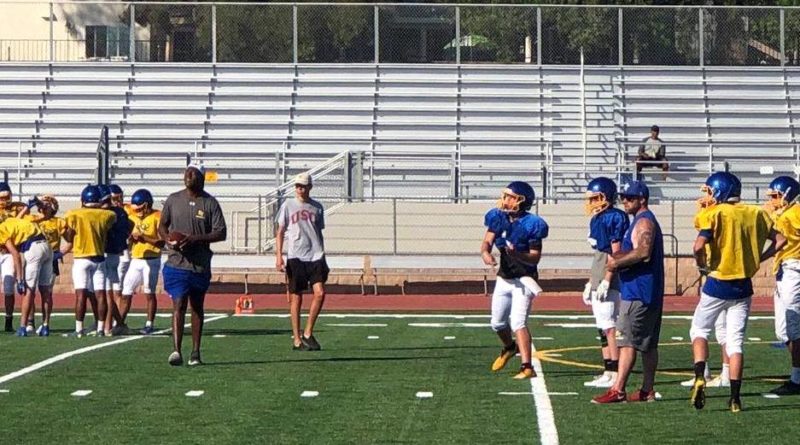 El Toro will once again have to navigate through the grueling South Coast League. Here’s an inside look at the 2019 Chargers.

Andy Diaz is entering his second year as the head coach at El Toro. He is also the defensive coordinator.

Davies recorded 34 tackles last season at DT and is expected to make another leap this season. He also is a key member of the Chargers’ offensive line.

At 6-2 and 270 pounds, returning senior Marty Schlaack has great size at offensive tackle.

El Toro’s schedule last season was utterly grueling. They started the season 4-1 before finishing the season on the wrong end of six straight blowouts. The teams they lost to included numerous powerhouses like Mission Viejo and Corona del Mar.

This year, the Chargers have a similar schedule, as they’re still in the brutal South Coast League. And their entire playmaking core has graduated. But they’ve gained experience and are returning a lot of starters on their offensive line and on defense. While the team is still young, a playoff appearance is far from out of the question.

Offensively, El Toro will turn to sophomore quarterback Michael Chavez to lead them. He will be joined at the skill positions by WRs Roman Caron and Phillip Segger, plus RB Adam Vilte. Christian Renner, Tyler Davies, and Marty Schlaack will anchor the offensive line.

On defense, Giulio Fernandez (MLB), Tyler Davies (DT), and Adrian Mendoza (DE/NG) highlight a defensive interior that should be one of the Pumas’ strengths. DEs Christian Renner and Tyler Tygerson are expected to become major contributors as well. DB Adam Vilte will be tasked with leading a young secondary that includes junior FS Amayas Overstreet.