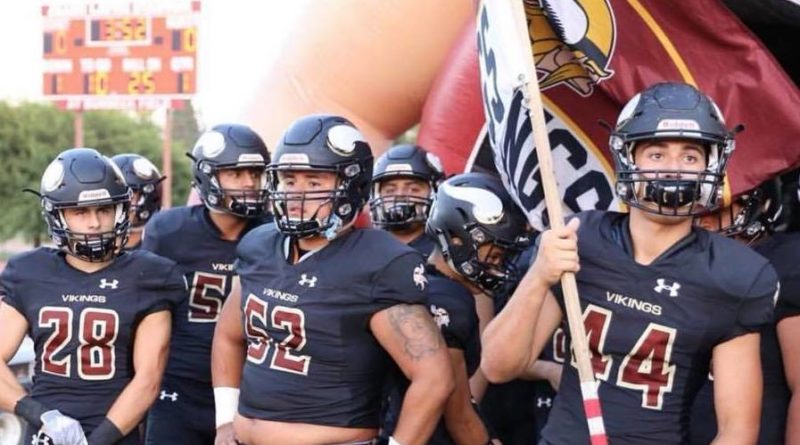 After nearly making the Division 3 semifinals last season, Downey is dropping down to D-4. Here’s an inside look at the 2019 Vikings.

Overall record: 6-6 (3-2 in league, 3rd in the San Gabriel Valley League). Downey lost 35-28 to Citrus Hill in the Division 3 quarterfinals.

Last season, Lopez led the Vikings with 107 tackles, more than half of which were unassisted. He also led the team in tackles for loss (25) and sacks (9).

Burton registered 85 tackles last season, 16 of which came for loss.

Ruiz only got carries in four games as a freshmen last season, but his 145 yards in limited minutes indicate that he might be a major breakout candidate. And there will be holes to fill running the ball this season.

After nearly making the Division 3 semifinals last season, Downey is dropping down to Division 4. They’re in an intriguing position coming off a strong year and now moving down. The Vikings will be losing a good amount of talent, particularly on offense. But they might have enough to make a strong push for the playoffs, and maybe even turn some heads if they get there.

Pedro de Anda was getting consistent snaps as Downey’s QB2 last season before suffering a season-ending injury. This season, he will likely be the full-time quarterback. And his success in limited opportunities last year suggests he may have a breakout season. The Vikings lost their top two options at running back, but Jaden Allen and Antonio Ruiz both made the most of their limited opportunities last year. Lawrence Joseph will return in an increased role at wide receiver.

On defense, Downey is returning their two leading tacklers in Anthony Lopez (DE/NG) and Isaiah Burton (OLB). Together with DE Daniel Mena, the Vikings’ defensive line should be quite strong. Joseph and Allen double as DBs to anchor the secondary.