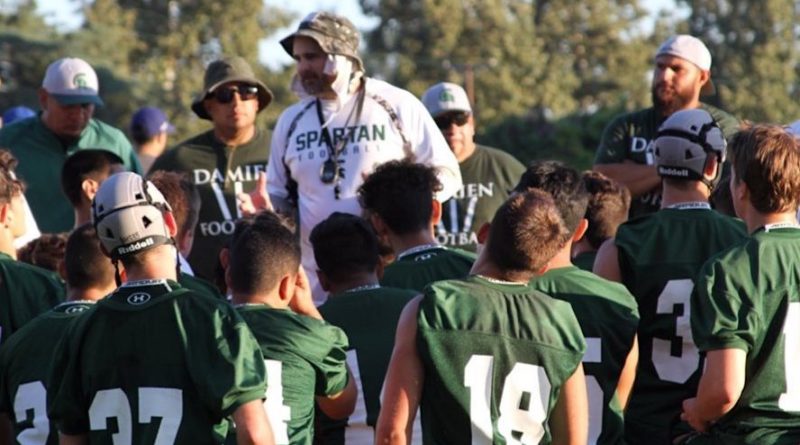 New head coach Matt Bechtel expects Damien to compete for a league title. Here’s an inside look at the 2019 Spartans.

Matt Bechtel is in his first year as Damien’s coach, and his ninth overall as a head coach. He will be the offensive coordinator as well.

Jermaine Barner ran for 849 yards and 11 touchdowns last season. This year, new coach Matt Bechtel plans to use him primarily as a receiver. Whatever he plays, expect to see Barner in the end zone on a regular basis.

How often do you get to watch a 5-star longsnapper at work? Spartans fans have the opportunity to do just that with Bryce Felt, the number two rated longsnapper in the country.

New head coach Matt Bechtel expects his team to compete for a league title this year. Damien is only returning five starters on each side of the ball, but among those returners are some key cogs.

Offensively, star QB Jordan Barton returns as a senior after delivering 2,294 passing yards and 254 rushing yards last season. Also returning is Jermaine Barner, who rushed for 849 yards and 11 touchdowns. This season, however, he’s listed at wide receiver, so perhaps coach Bechtel has alternate plans for him. Bechtel also has high hopes at receiver for senior Blake Boucher. Cordell Towns will lead what will largely be an inexperienced offensive line.