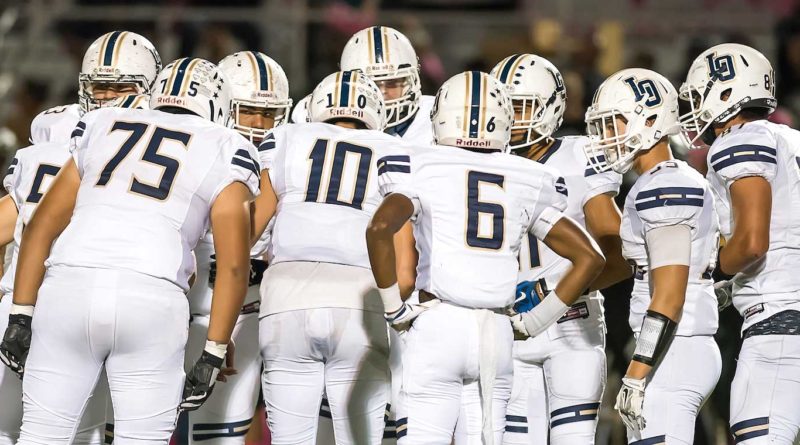 Los Osos will be explosive on offense with one of the best QB/WR tandems in the division in Donovan Smith and Destin Harston. Here’s an inside look at the 2019 Grizzlies.

Based on last season’s losing record, it would be easy to overlook Los Osos as a playoff threat in 2019. But the Grizzlies will now be in Division 6 after having one of the most difficult schedules of anybody in Division 5 last year. While they’ve lost most of their starters, they’re returning a few of their most important cogs.

The Grizzlies will return an exceptional QB/WR tandem in Donovan Smith and Destin Harston. Last season, Smith completed 62.6 percent of his passes for 1,834 yards and only four interceptions. That was good for a QB rating of 107.1, which is incredible for a sophomore. Harston was the top receiving threat for Los Osos with 669 receiving yards.

The defense will be more of a question mark, as they’ve lost most of their top performers. They will return two key pieces of their secondary in seniors Tony Tedesco (FS) and Ayer Davis (CB). Donovan Brady (CB) and Zach Chirkanian (OLB) were impact players as juniors, but aren’t currently listed on the roster. If those two are indeed returning, that will answer some of the Grizzlies’ questions on defense.

Los Osos is certainly a threat to make the playoffs. With the downfield firepower Smith and Harston bring offensively, the Grizzlies should be able to put up points. Their ability to round out the defense and fill in some gaps at RB will determine how far they can go.