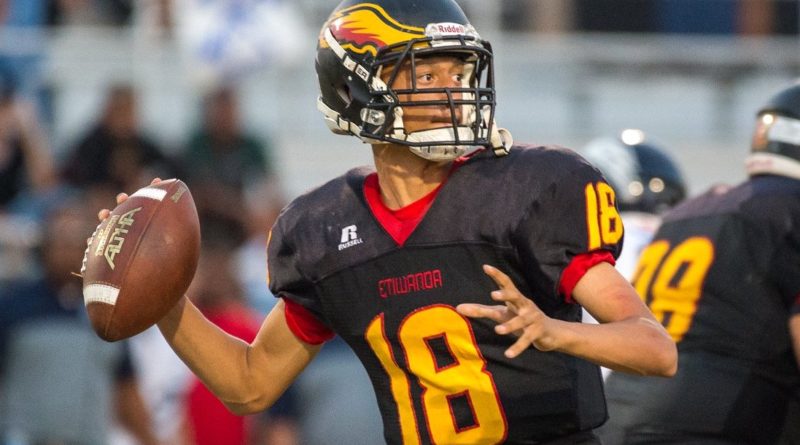 Nick Baiz takes over at Etiwanda. Here’s an inside look at the 2019 Eagles.

Contributed on both sides of the ball for the Eagles as a freshman in 2018.

Nick Baiz is a head coach with plenty of experience and returning a quarterback is always a good thing.

Etiwanda lost a few transfers though and the Baseline League won’t get any easier this year with Damien hiring Matt Bechtel as head coach and Los Osos returning star quarterback Donovan Smith; and those were the two other 1-4 teams last season.

It’s a tough league and Etiwanda will struggle to get out of the bottom half in year one of Baiz’s tenure.