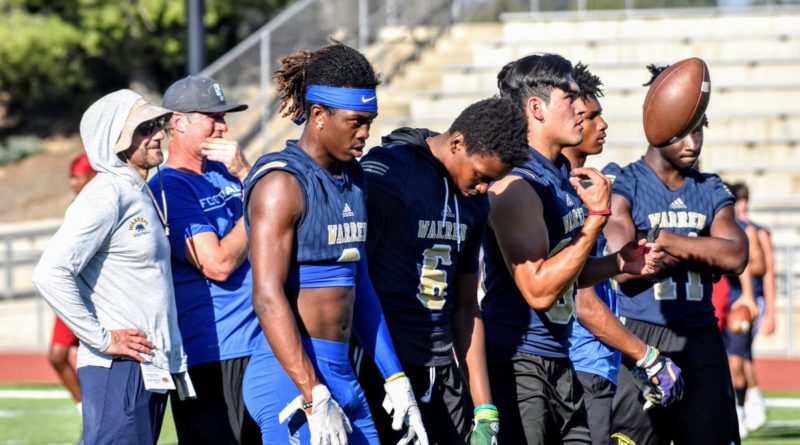 After advancing to the Division 7 quarterfinals last season, Warren makes the leap to Division 6. Here’s an inside look at the 2019 Bears.

Kevin Pearson is entering his first season as head coach of Warren.

Hunter was the Bears’ top running back last season with 492 rushing yards. He’s a threat to catch the ball as well.

As a junior, the defensive lineman was second on the team with 59 tackles, including a huge 17.5 for loss.

Gordon was good for 41 tackles last season in addition to three interceptions, which he turned into 56 yards. Don’t be surprised to see the junior have a breakout year.

Warren had a terrific season in 2018, advancing to the Division 7 quarterfinals. They now make the move to D-6.

Most of their top options at the skill positions are gone, including star quarterback Chris Venegas. That said, running back Eimajah Hunter is still around. Last season he ran for nearly 500 yards, in addition to racking up nearly 200 receiving yards. Intriguing wide receiver Keison Evans will be back as well, as will another rotation WR in Xavier Osby. Former Arcadia quarterback Dylan Guerra has transferred in for his senior season. He threw for 3,091 yards and 35 TD’s for the Apaches last season.

Defensively, the Bears return Kevin Arias and Lawrence Mowder on the line, backed by Jason Perez. They also have two returning safeties in Xamarion Gordon and Steven N. Austin II.