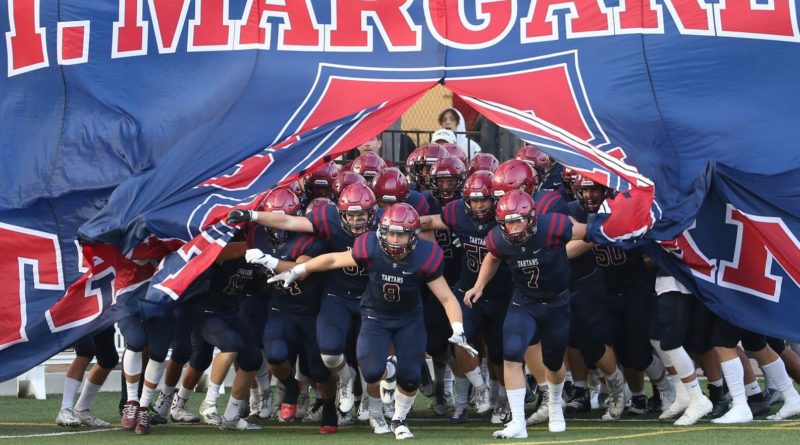 St. Margaret’s has big holes to fill, but should be stout on defense again. Here’s an inside look at the 2019 Tartans.

Kory Minor is entering his second season as head coach. He was previously the defensive coordinator.

Healy was First Team All-League last season as an offensive lineman despite weighing in at only 180 pounds.

St. Margaret’s is hoping to build on a 10-win season, despite losing the San Joaquin League players of the year on both sides of the ball.

The good news for the Tartans is their top running back and wide receiver both return in Matthew Stevenson and Will Kenner, respectively. Additionally, Robby Healy and Kyle Juergens will be back to anchor a strong offensive line.

On defense, they will likely suffer a little bit more from lost seniors, but all-league Sean Sullivan (OLB) is back.

Their playoff experience from a year ago should help, but the Tartans will need to quickly fill the large voids left by LB/RB Koa Todd and QB James Mott.