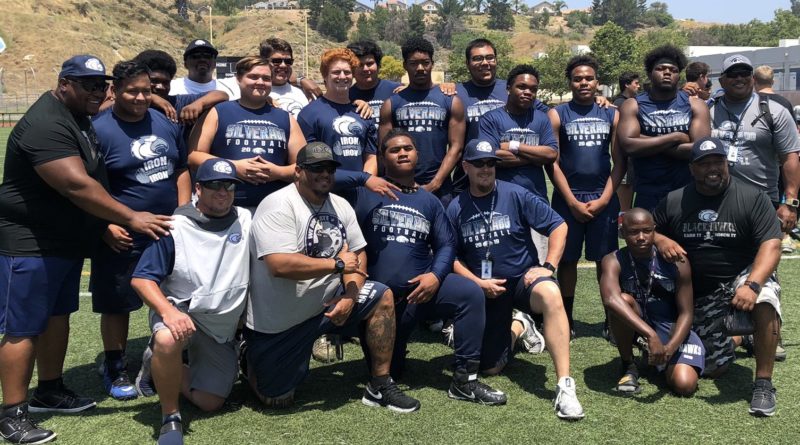 The Silverado Hawks are the three-time defending champions in the Desert Sky League. Can they make it four in a row? Here’s an inside look at the 2019 Hawks.

Overall record: 5-6 (4-0 in league, first in the Desert Sky League). Silverado lost 35-31 to West Ranch in the first round of the Division 6 playoffs.

Keron Jones is entering his first season as Silverado’s head coach. He previously served as their defensive coordinator for seven years.

Defensive lineman Kasen Brooks is the top returner on that side of the ball for the Hawks. Last season he made 58 tackles, a whopping 20.5 of which were for loss. He also recorded 10.5 sacks resulting in a combined 55 yards lost for the offense.

As a sophomore, Jawan Howard rushed for 321 yards. With leading rusher Nicholas-Reed Casey out, expect a much larger load for Howard.

Silverado took on a very ambitious preseason schedule last season, and it paid off. The Hawks went 1-5 in non-league games, then rolled to a 4-0 record in the Desert Sky League. They only lost by four points to West Ranch in the first round of the D-6 playoffs.

After losing a very strong senior class, the Hawks will need their younger players to develop quickly if they hope to get back to the playoffs in what is shaping up to be an exceptionally deep Division 6 field.

Offensively, Silverado returns an elite wide receiver in Devin Gandy and a strong running back in Jawan Howard. Quarterback is going to be a big question mark going into the season.

On defense, they return a great duo of linemen in Kasen Brooks and Kaliopasi Katoa. CB Justin Warrs is a candidate for a breakout season. Silverado’s line had a strong summer, as evidenced by their first-place showing at the Saugus Linemen Challenge.