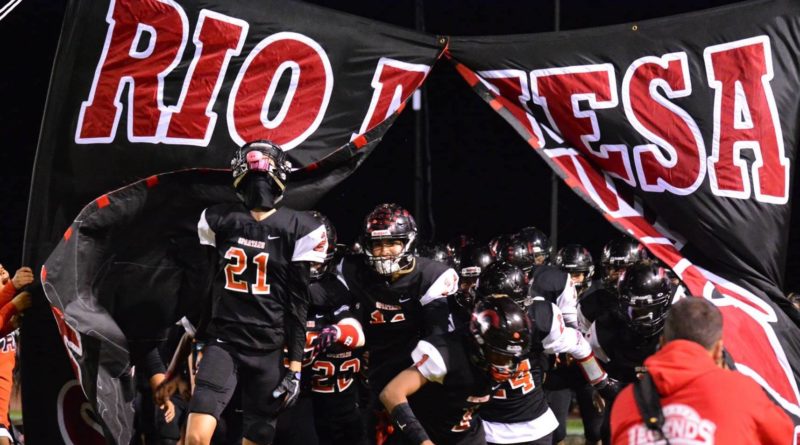 A playoff team in Division 4 a year ago, Rio Mesa returns an elite receiving unit as they hope to find success in Division 6. Here’s an inside look at the 2019 Spartans.

Jim Bittner has been the head coach at Rio Mesa since 2014.

Gambala played a little bit of every skill position last season, but seems to fit best at WR/SB. He’s also a key piece of the Spartans’ secondary at free safety.

Like Gambala, Hernandez has full-time two-way duties for Rio Mesa. He’s both a good blocker and a top option as a tight end on offense. Defensively, he led all returning Spartans with 45 tackles last season.

Lewis led Rio Mesa in receiving yardage last season, and can play some RB/slot as well. Whatever he’s playing, expect an even bigger role from him this season.

A playoff team in Division 4 a year ago, Rio Mesa is hoping to find similar success in Division 6. The quarterback position was unsettled last season, and figures to come down to Samuel Marquez and Domingo Gaxiola in 2019.

With the pass-catching abilities of Lewis, Hernandez and Gambala, the Spartans have an elite receiving unit. Gambala is also a threat on the ground, having racked up more than 100 yards rushing last season.

Gambala (FS) and Hernandez (MLB) are also two of the best defensive players on the team. While the Spartans lose star LB Blake Kytlica, there are a host of young players on the team who saw rotation minutes on defense last season. Ethan Feciuch (OLB), Kekona Tinajero (CB), and Christian Cook (NG) are atop that list.