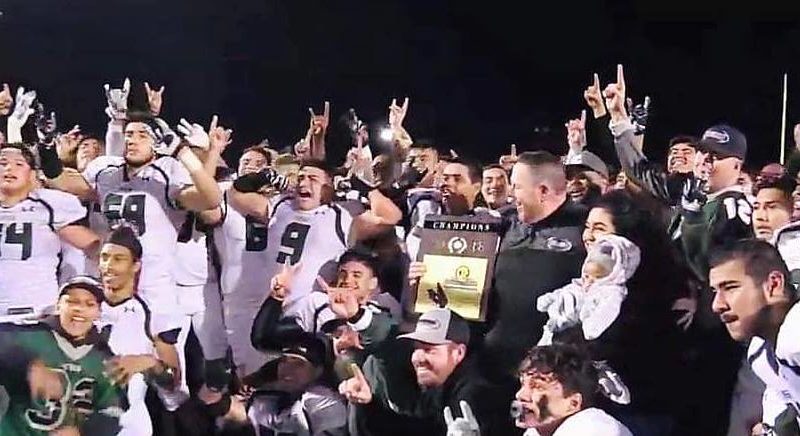 Quarterback Trey Tribble returns to lead a run-heavy Kaiser team that advanced to the state championship game in 2018. Here’s an inside look at the 2019 Cats.

Bill Cardosi is entering his third season at Kaiser. He is 22-6 overall.

Tribble, an explosive dual-threat quarterback, ran and passed for over 1,100 yards last season as a sophomore. He’s the only returning starter from last season’s unstoppable rushing offense.

Ortiz made an astounding 148 tackles last season as a junior, 14 of which were for loss. He will be tasked with leading a defensive line that loses Ruben Duarte and Joey Trejo.

Chaidez was already an important contributor at linebacker as a sophomore last season. This season he’ll not only be one of the key returners on defense, but likely the starting running back on one of the most run-oriented offenses you will see. He’s a candidate for a big two-way breakout season.

Last season, the Cats offense was unstoppable, putting up nearly 6,000 rushing yards. They’re now moving up to a very competitive Division 6 after winning Division 8 and advancing to the state championship. However, they’ll be doing so with only one returning starter on offense, QB Trey Tribble. Even with Tribble returning, Kaiser is losing over 4,500 rushing yards from last year’s seniors.

Needless to say, there is a lot of uncertainty, particularly on offense. On defense, most of last season’s standouts graduated as well, but there are five returners. In particular, LB Gabriel Ortiz is back looking to add on to last year’s total of 148 tackles. He will be joined by junior linebacker Dustin Chaidez and experienced linemen Javier Wimbley and Pablo Almeda. They also return standout CB Joseph Glenn.

Coach Cardosi told Scorebook Live California that despite their youth, Kaiser knows that they will have targets on their backs after last season. In particular, the offensive core is mostly comprised of juniors with big shoes to fill. Cardosi said he expects a lot of growing pains, but still has very high expectations after last season, which was no anomaly — the Cats are four-time CIF champions, 13-time league champions, and have made the playoffs 18 straight seasons.