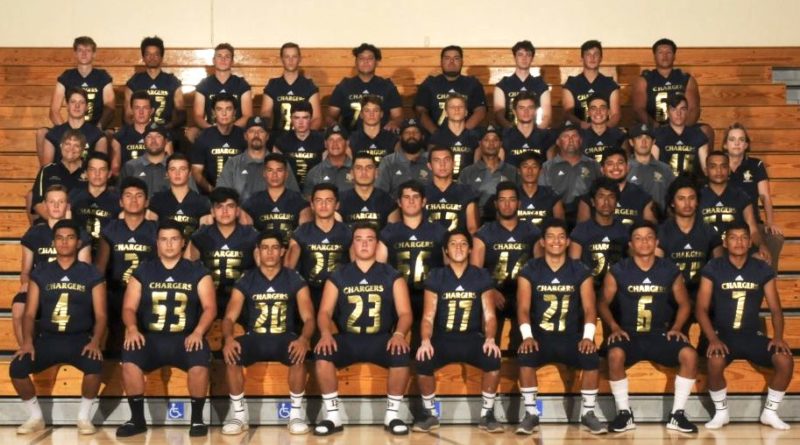 Dos Pueblos is dropping down to Division 6 after a D-5 playoff appearance last season. Here’s an inside look at the 2019 Chargers.

Overall record: 6-5 (3-2 in the Channel League, tied for 2nd place). Lost 35-0 in the first round of the Division 5 playoffs to eventual state champion Lawndale.

Doug Caines is entering his second season as head coach at Dos Pueblos. He is also the offensive coordinator.

Lee was a top running back for the Chargers last season, and doubled as their leading tackler at safety.

In addition to Lee, Loza is another threat at running back who also functions as a solid linebacker.

Vargas is a seasoned 300-pounder in a division where that’s pretty rare. That alone makes the senior offensive tackle a lock for our “three to see” section.

Only three starters return on both sides of the ball for Dos Pueblos, but coach Caine is really happy with the way his squad is coming together.

The Chargers offense, per usual, will feature some good-old smash-mouth schemes with numerous running threats. Roberto Vargas (OT) and Isaac Nungaray (OG) make for a great O-line duo to clear the way. And the Chargers have an athletic RB tandem in Connor Lee and Udy Loza. Baylor Huyck is a talented WR with great size who could easily be due for a breakout year as well. There’s plenty of reason to believe that their running attack will be strong as ever.

Lack of continuity might be a bit more of an issue on defense. Their running backs, Lee and Loza, are two of their top returners on defense. Coach Caine will count on a bevy of less experienced defensive players to quickly make an impact.