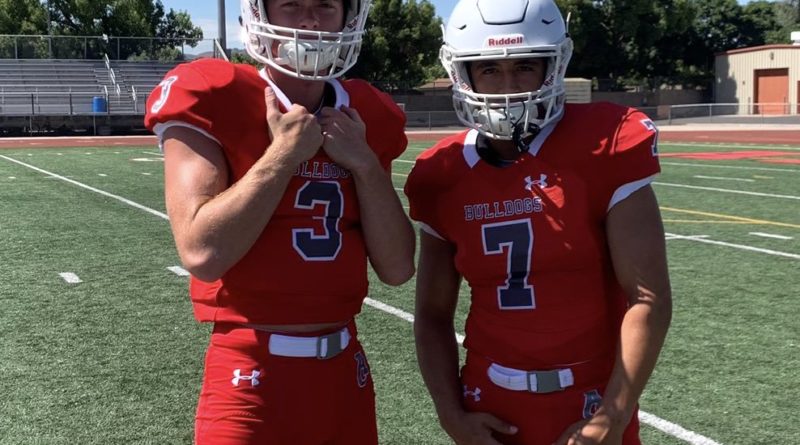 With dual-threat quarterback Cole McCain back for his senior season, Ayala should be one of the best teams in Division 6. Here’s an inside look at the 2019 Bulldogs.

McCain threw for 1,861 yards and ran for 584 last season, good for a First Team All-League selection. Another strong season and a playoff run for the dual-threat/pro-style hybrid QB would likely lead to some D-1 offers.

Badawi had 72 tackles last season as a sophomore, and 12 of them were for loss. He also was tied for the most sacks on the team with 4.5. Gilbert Duran was just as impactful for Ayala last season, giving the Bulldogs a formidable linebacker corps.

Aguilar was the starting free safety and second leading receiver on the Bulldogs last season, and that was as a sophomore. While still anchoring Ayala’s secondary, Aguilar is expected to be McCain’s first option at receiver this season.

Ayala should be one of the best teams in Division 6, although the loss of running back Xavier Crockett to Orange Lutheran is a tough blow.

Star quarterback McCain will be back for his senior year, and a strong season should yield multiple D-1 offers. The McCain to Aguilar connection should be a regular thing, and Aguilar is poised to have a big year.

Aguilar, Badawi, Duran, and Watson highlight what should be a top-tier defense. There’s nothing not to like.

A spot in the D-6 semifinals should be considered a successful season for Ayala. But they really do have the firepower to win the whole division if they get hot at the right time.