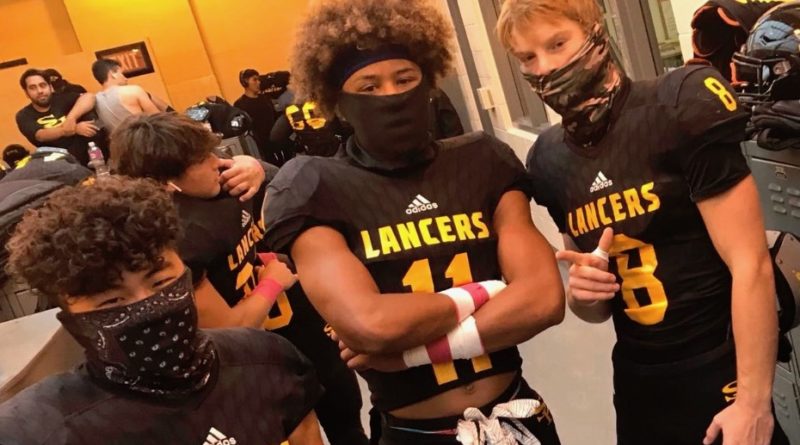 Scorebook Live’s 2019 Southern Section high school football preview continues with a look at Division 8, which is made up of 21 teams this season.

Last year, Kaiser defeated Arcadia 38-35 in the Division 8 championship game. Kaiser and Arcadia have moved up to Division 6 and 7, respectively, after last season’s strong showings. This season, the D-8 title race is wide open.

San Gorgonio enters the season fresh off a Division 5-AA state run, ending in a 38-35 loss in the championship game to Rio Linda. In order to get there, they stormed through the Southern Section Division 9 playoffs before knocking out Western in state. Despite losing a dominant QB/RB tandem, the Spartans are one of the favorites to come out of Division 8 this season.

Grand Terrace joins Division 8 this season after nearly making the semifinals in Division 7. Another jump this season would not be surprising, which makes them a heavy contender for the D-8 title.

The Titans return the most important components from last year’s offense. It starts with QB Mekhi Lewis, who threw for over 2,500 yards last season. All of Grand Terrace’s top receivers are still around as well in Lonzel Bradford, Dominic Balderrama, and Corey Young. Their defense featured more seniors last season, but defensive linemen David Gusta, Troy Steptoe, and Micheal Stiggers all return.

Like Grand Terrace, Sunny Hills was a Division 7 playoff team last year that might make a big leap. The Lancers have a balanced offense, and bring back a number of star playmakers. QB Luke Duxbury, a returning senior, threw for 2,300 yards and 24 touchdowns last season. He is joined by two other top seniors in RB Jun Ahn and WR Wilson Cal. Sunny Hills also expects big things on offense out of returners Noah Brown (TE) and Alex Solis (OL). Offensively, the only question mark for the Lancers is an inexperienced offensive line.

The Lancers return six starters on the defensive side of the ball as well. Their defensive line should be fearsome, as Carson Irons (ILB) returns having recorded 127 tackles as a sophomore. He’s joined up front by returners Vincent Silva (ILB), Arnold Beltran (DB), David Enriquez (DL), and Jaden Scott (DB). Sunny Hills’ secondary is filled with new varsity players, but coach Pete Karavedas liked how they performed in JV last season. Expectations will be high for Sunny Hills this year.

Notre Dame (Riverside) could be another major playoff contender this season if they can make up for some lost playmakers. The Titans went 9-3 (3-0 in league) in D-7 last season, and nearly topped runner-up San Jacinto in the quarterfinals. They lose stars in QB Rodney Koenig and RB/WR Tyler Mosley, plus top receiver Ashton Authement. However, they return blazing quick RB Joseph Green, and two breakout candidates at WR in Aidan Koenig and Devin Hudak.

Defensively, the Titans return a star secondary duo in Koenig (CB/FS) and Lantz Russell (SS). On the defensive line, Notre Dame returns a host of great starters in Max Anderson, Eric Hanlyn, Seth Goergen, and Adam Goergen. Their strong defense should be able to carry them in case their offense needs time to adjust. If everything comes together, the Titans could absolutely compete for the division title.

Tustin, a Division 6 playoff team last year, has dropped down to D-8 this season. In 2008, Tustin had the most active NFL players of any high school in the country. New head coach Anthony Lopez is excited about the experience his Tillers bring on both sides, particularly in the lines. A major leap and playoff run could be in the cards for Tustin.

One of the division’s big wildcards is Garden Grove, a Division 9 semifinalist last season (11-2). They lost many of their best players from last season on both sides of the ball. Still, they remain a consistently strong program and are returning five starters on offense and on defense. The Argonauts have won a playoff game every year for five years running, and intend to keep the streak going.

Tafisi Gauta (LT), Anthony Solis (OT), and NaDaniel Suamasi (G) highlight a strong Argonauts’ offensive line. Czaln Lobaugh (QB/WR/ATH) and Jordan Sanchez (RB) are expected to pick up the slack at the skill positions. Defensively, the Argonauts return one of the better LBs in the division in Willie Sanders. Gauta (DE) and Andrew “Pancho” Dinh (LB) round out the defensive line, and Clint Hutchinson (SS) and Devyn Garcia (CB) highlight the secondary.

Palm Desert went undefeated last year in Division 9 until losing against San Gorgonio in the quarterfinals, and even then they gave the eventual champions arguably the best test they would face.

The Aztecs lost their top starters at nearly every position, so there is plenty of room for new contributors. Garrett Hayden is expected to start at QB, and has two senior downfield threats in Parker Lyons and Simon Gaete. Defensively, Palm Desert returns a top DB in Uriah Alverado and another strong senior DB in Cole Martello. Linebackers Derrick Pine and Andrew Gonzalez lead the defensive line.

After dropping down from D-6 following a losing season, Canyon is a threat to improve and make a playoff run. They return leading rusher Jeff Holley (RB), and top receivers Justin Bradford and Joseph Rouly. Elite LB Brenden Hammitt will be back, and is joined up front by 6-foot-5-inch lineman Olawale Familoni. Returning DB’s Dane Yasumura and Teddy Schuster highlight the secondary.

Defense is where they should shine though, particularly on the line of scrimmage. John Valencia (LB) returns for the Dons after leading them with 103 tackles last season. He will be joined by a number of strong returning linemen in Charlie Figueroa, Steven Lara, Noach Wood, and Joshua Rosales.

The Titans should be strong on defense as plenty of key contributors return on that end. Evans (MLB) registered 159 tackles last season. Gavin Berkey (DT), Scott (FS), Andrew Wells (CB), and Nate Frankfather all had excellent seasons on defense last year, and a number of other solid fringe-rotation defenders from last season will back them up.

Santa Ana should be in the Division 8 playoff picture after a great 10-3 season (5-0 in league) last year. The Saints even made the D-8 semifinals and hung tight against an elite Kaiser team that ultimately won the division. After losing a talented senior class on both ends, Santa Ana will have their work cut out for them. In fact, they’re only returning two starters on each side of the ball. Coach Charlie TeGantvoort told Scorebook Live that what his Saints lack in experience, they make up for in toughness.

Joining Division 8 after a playoff appearance in Division 7 is Santa Ynez. QB Bennet Redell is ready to break out after a great sophomore season, and they also return WR Camron Prendergast. Senior Anthony Gills plays a bit of every skill position for the Pirates, and has an opportunity to step up. Defensively, seniors Dean Tipolt (MLB) and Tyler Germani (DE) make a strong linemen duo.

Pacifica is yet another D-7 playoff team moving down to Division 8 this season. Most guys from last year’s core of skill players were seniors. However, senior RB Isaiah Blevins is coming off a strong junior season, and is expected to shoulder the load. Defensively, the Mariners return a little bit more of last year’s playoff squad. Cody Lopez and Mitchell Wade were both key cogs in last year’s defense, and CB Fernando Munoz and DE Brandon Pederson are breakout candidates this season.

Lastly, Royal and Palmdale both have solid chances at winning playoff games this season and are teams to watch. Royal made the D-8 playoffs last season after going 3-0 in league. Palmdale has to like their chances after a winning season and playoff appearance last season in Division 6.

Here are our projected top-5 teams in Division 8, in order of how we think they’ll finish: