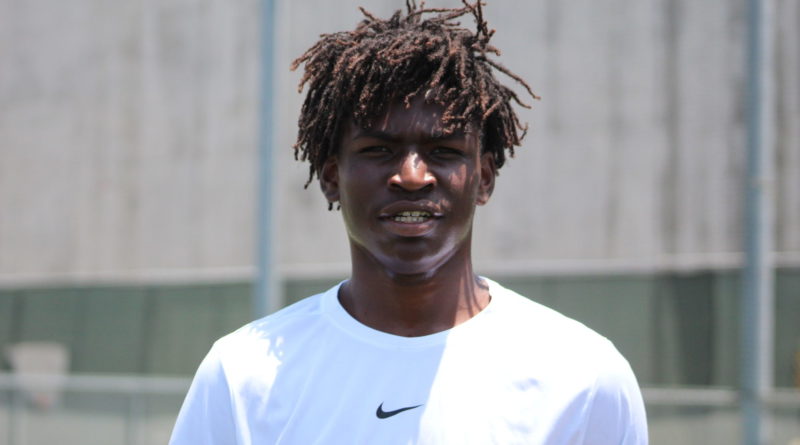 Scorebook Live’s 2019 Southern Section high school football preview continues with a look at Division 11, which is comprised of 35 schools.

Western defeated Peninsula 49-21 in the D-11 championship game a season ago. Both teams have been moved up to Division 10 in 2019.

The Muir Mustangs have three high profile playmakers in wide receiver Calen Bullock and two way CB/WR standouts Jamier Johnson and John Humphrey. Muir should have more success in the Pacific Division this season after finishing in the middle of the pack in 2018. Quarterback Amaris Harrison has plenty of weapons to work with.

Linfield Christian rolled through Division 12 last year en route to a section championship. This year the Lions will be more challenged. Six of the team’s seven CIF selections have graduated. Only two-way lineman Jason Locke returns.

St. Genevieve head coach Billy Parra expects his team to win in 2018. Quarterback Danny Rodriguez is one of four offensive returners and linebacker Xavier Marquez is one of seven coming back on defense for the Valiants.

“[We hope to] believe in the process and trust the process [in 2019],” Parra told Scorebook Live California.

Patriot High is coming off its first ever two-year stretch of consecutive playoff appearances. The strength of the 2019 Warriors will be its line play. Daniel Armendariz, Sheldon McCLure and Adrian Cervantez are the names to know. All-league running back, Isaac Flores, returns too.

Ontario Christian brings back seven starters on each side of the ball. Alex Terriquez, Conner Mooneyhan, Alvis Nuno all start both ways for a Knights team that went 6-5 last season and lost in the first round of the D-11 playoffs.

Colton lost to Hemet in the first round of the Division 11 playoffs last season. This offseason, the school hired head coach Ray Rodriguez. “I expect to have a competitive season,” Rodriguez told Scorebook Live California. “We have a strong and hungry senior class, that has been playing together since their freshmen year.”

Beaumont has high expectations on both sides of the ball, per coach Jeff Steinberg. Last season the Cougars lost to eventual D-11 champion Western by one point in the semifinals. Beaumont returns 13 starters from that team. Starting WR/CB Kamari Ross leads the Beaumont revenge train in 2019.

Arroyo graduated a ton of talent on offense, but was a Division 8 playoff team in 2018. Sliding to Division 11 gives them a shot at playoff success even with the questions on offense. All-CIF linebacker selection Dylan Leonardis returns for the Knights. Running back Adrian Calvillo is also back.

El Rancho was a Division 10 semifinalist last season and as a junior Roman Rojas did a little bit of everything in the team’s playoff push. He rushed for over 1,000 yards, caught 15 passes, filled in at cornerback and returned kicks and punts in 2018. El Rancho has lost size on the interior due to graduation, and line play could be their trouble spot.

Rancho Christian brings back junior quarterback Kyle Keleher. He threw 19 touchdown passes for the Eagles in 2018. Rancho Christian lost in the first round of the Division 10 playoffs to Bonita a season ago.

Mekhi Fox had a very promising season for Pasadena in 2018. As a freshman, he ran the ball 41 times for 577 yards and four scores. He also caught 58 passes for 548 yards and five touchdowns. Fox helped lead the Bulldogs to the Division 11 quarterfinals in his first season. Time will tell what he has up his sleeve for year two.

Chaffey lost in the Division 10 quarterfinals to Eisenhower in 2018. The Tigers are all about the run and this season won’t be any different. Raymond Rodriguez finished last year with over 1,100 rushing yards and 19 touchdowns. Sabino Galeana rushed for 812 yards and 12 touchdowns. Anthony Taylor rushed for 480 yards and six scores. All three backs return.

JC Lopez started every game under center as a junior for Whittier. He threw 19 touchdown passes in 2018. Johnathan Arceneaux did a lot of the heavy lifting for Whittier on offense last year though. As a sophomore, Arceneaux rushed for 1,754 yards and 26 scores. Whittier finished with a 7-3 record but ended up in third place in the Del Rio league, which meant they missed out on the playoffs.

Compton brings back dynamic play-maker Jaheim Hunt for his senior season. Hunt rushed for 356 yards and two touchdowns in 2018. As a cornerback, Hunt made 35 tackles, had a sack and a pick and recovered two fumbles. The Moore League is always tough for the Tarbabes; a playoff appearance would be a success for Compton.

Brentwood has the top quarterback in the division in junior Cole Lourd. The Eagles went 8-1 last year and will win a lot of games again in 2019, but don’t expect them to make the playoffs. Brentwood is in the Gold Coast League and that league guarantees Sierra Canyon and Paraclete the top two spots in exchange for those two schools not playing the other three teams in the league.

Sierra Canyon plays Paraclete in the last game of the regular season. The winner wins the league and the loser finishes second. It’s weird and unfair, but that’s the agreement. Brentwood coach Jake Ford desperately wants to find a new league, but for now is stuck. The Eagles can only get into the playoffs via an at-large bid and with last year’s 8-1 record not being enough, making the playoffs will once again be a tall task.

Here are our projected top-5 teams in Division 11, in alphabetical order: