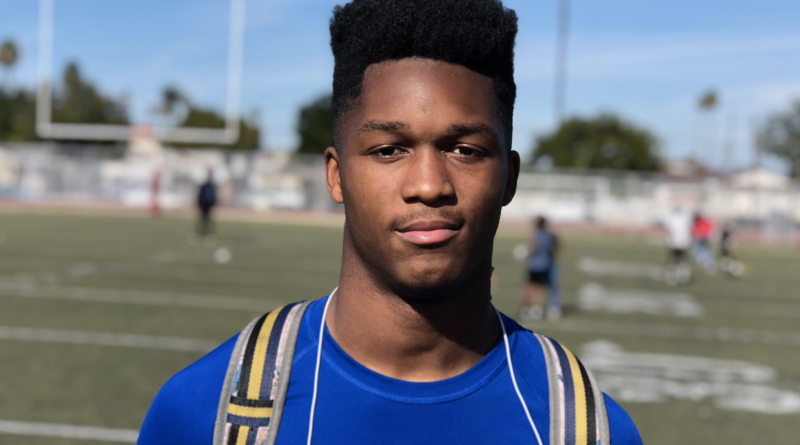 Division 13 is comprised of 43 schools in the Southern Section. Adelanto defeated Orange Vista 20-15 in the D-13 championship game a season ago. Both teams have been moved up to Division 12 in 2019.

St. Bernard returns the top player in Division 13 in senior running back Jakai Torres. A year ago Torres put up video game numbers. He rushed for 1,770 yards and finished the season with 32 touchdowns. Torres is also a great pass-catcher and return man. You’ve been warned.

Isaiah Robinson caught 13 touchdowns for the Vikings in 2018. He will be sophomore quarterback Josh Coleman’s main target. Defensively, St. Bernard lost six starters from a year ago, which is a cause for concern, but their offense should be strong enough to keep them in every game. The Vikings could even improve on last season’s 9-3 mark.

Head coach Joe Torres is aiming high. “I expect for us not only to win league again, but for us to make it to our division championship and possibly state,” he told Scorebook Live California.

New Inglewood head coach Mil’von James could have the Sentinels competing for the division crown in his first season. Yes, Inglewood went 0-10 last year, but James has a history of improving programs quickly. He had success at Hawkins from 2013-2017 due in large part to adding a number of high profile transfers.

Senior quarterback Jared Heywood has transferred into Inglewood from Cathedral for the 2019 season. He gets to throw passes to Montana Lemonious-Craig, a future Division I collegiate receiver.

Alhambra went 8-2 in 2018 but did not make the playoffs due to finishing third in the Almont League. Sophomore quarterback Noah Rodriguez returns after starting as a freshman for the Moors. Senior running back Kody Chuang is also back.

Bishop Montgomery lost a 49-48 heart-breaker in the Division 13 playoffs to Garey a season ago. Brenton Hewitt caught three touchdowns in that game. He’ll lead the Knights offense in 2019.

Nogales returns junior quarterback Darian Urrutia. Alonso Barahona is the top returning lineman in the division. The 6-foot-5 315-pound senior played on both sides of the ball in 2018 but was an all-CIF selection as an o-lineman. The Nobles advanced to the Division 12 semifinals in 2018.

Ricky Calderon will feature prominently in the Fillmore offense in 2019. The senior caught 31 passes for 480 yards and two scores last season. He also rushed for two touchdowns.

Running back Donte Roby Jr. and linebacker Bobby Villalobos will lead Ramona in 2019. Roby Jr. rushed for 1,424 yards and 18 scores last season. Villalobos made 85 tackles, had two sacks and a pick.

Wesley Choate was hired as head coach this offseason and is hoping to turn things around.

“We have a lot of seniors that have dealt with too much failure and are ready to explode on to the scene in 2019,” he told Scorebook Live California.

Here are our projected top-5 teams in Division 13, in alphabetical order: