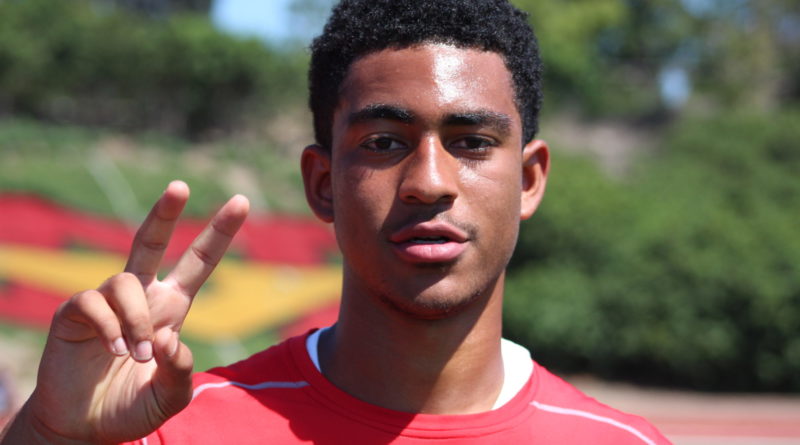 Southern California high school football fans might see one or two quarterback records broken over the next four months.

With Bryce Young and DJ Uiagalelei leading the way, five Southern Section quarterbacks have the chance to enter their names in the section record book in 2019. Here’s a look at the quarterbacks poised to have record-setting seasons:

Editor’s note: The record book on the Southern Section website does not fully account for the 2018 season yet. The projections below are based on statistics that were reported to MaxPreps during the 2018 season. This post will be updated once the section record book is officially updated to include all 2018 stats.

Young has thrown for a combined 8,722 yards in two years at Cathedral and one with Mater Dei. He needs 549 yards in 2019 to break into the section’s all-time top 10. Gebbia holds this record as well. He threw for 13,109 yards in his career.

The Clemson commit has 77 career touchdown passes. He threw 48 as a junior. Another season with 48 TDs would move Uiagalelei to fifth place in section history for career passing touchdowns. If he can add eight more TD passes to his 2018 total this season, he’d break into the all-time top 10 for touchdown passes in a single season. Daniels holds that record with 67.

Based off of last year’s performances, Garbers is the only Southern Section quarterback with the chance to put his name in the record book for completions and passing yards in a single season this year. The University of Washington commit completed 284 passes for 4,135 yards in 2018. Accounting for future 2018 updates to the record book, both marks are just outside the all-time Southern Section top 10. Santa Barbara quarterback John Uribe completed 341 passes in 2009, which tops the list. Gebbia set the all-time mark for passing yards in a season in 2016 when he threw for 5,338 yards.

Garbers’ seven touchdown passes in a win over Newport Harbor last season tied him for 10th all-time for most TD passes in a single game. Former Cathedral QB Robert De La Cruz threw for nine scores in two different games in his career, which is a section record.

Casey can potentially enter his name in the record book under the career completions, passing yards and touchdowns statistics. If he puts up numbers similar to his 2018 season this year, he will enter the top 10 in each category.

Eckhaus is the only underclassman quarterback of the group. He threw 50 touchdown passes as a sophomore. If he improves that number in 2019, he’ll have a shot to land in the all-time section top 10 for TD passes in a season. That would also give him a chance to land in the top 10 for career passing touchdowns with one year of high school football remaining.

The Culver City quarterback threw seven touchdown passes in a playoff win against Santa Barbara a year ago. That mark ties Eckhaus with Garbers and a bunch of other QBs for 10 all-time.