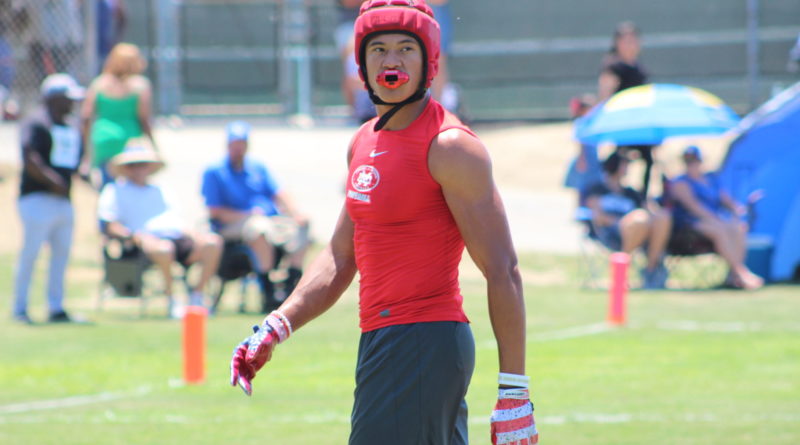 Freshmen rarely see meaningful varsity action in high school football, which is why this list is so exclusive. This group of 25 Southern California high school football players put up impressive numbers at the highest level as first-year players in 2018 and will be primed for big sophomore seasons.

Scorebook Live breaks down the top 25 returning varsity sophomores from the LA City Section and Southern Section below.

Duffy led all freshmen from either section in passing yards and touchdowns in 2018. He threw for 2,984 yards and 40 scores which earned him the Southern Section Division 2 offensive player of the year.

Vaipulu started on the offensive line for one of the best teams in the nation a season ago. He’ll be a huge part of the Huskies’ offense again in 2019.

It didn’t matter where Watkins was asked to play last year, wherever he was plugged in, he made plays. Watkins led all freshmen in the LA City Section in rushing yards with 972. He finished second amongst freshmen in touchdowns with 12. Defensively, Watkins made 22 tackles at safety.

Boardingham caught 26 passes for 315 yards and two touchdowns as a freshman at Birmingham. He made 37 tackles and finished the year with 2.5 sacks. Boardingham also competes in the long jump and triple jump for the Patriots’ track team.

Logan finished his freshman year with 62 tackles including six for loss. He was an impact player on a Rancho Verde team that advanced to the Division 2 Southern Section championship game.

Jurado made 71 tackles and intercepted five passes in 12 games as a freshman.

Statistically, Meyer was the top freshman kicker in the region in 2018. He made four field goals, including a 40-yarder a year ago. He also hit 19 extra points.

Playing for Murrieta Valley, Stordahl led Southern Section freshmen in tackles in 2018. He finished the year with 119. Stordahl has transferred to Chaparral for his sophomore season.

Barnes made 47 tackles a year ago for Birmingham which ranked second amongst LA City Section freshmen.

Playing for Reseda, Boyd led LA City Section freshmen with 16 touchdowns in 2018. He finished the year with 806 rushing yards. Boyd has transferred to Oaks Christian for his sophomore season. He’ll be eligible to make his debut on September 30th due to CIF transfer rules.

Jackson came on very strong for Mater Dei towards the end of the 2018 season to help the Monarchs win section and state titles. He finished the year with two interceptions.

Chalk rushed for 658 yards and three touchdowns as a freshman. He has received a scholarship offer from Penn State.

Terry rushed for 1,172 yards and 22 scores as a freshman. He trailed only Norte Vista’s Eddie Allain in both categories. Defensively, Terry made 51 tackles playing linebacker.

Hunter returned kicks and played in the defensive backfield for Mater Dei in 2018. He had one interception as a freshman and holds scholarship offers from LSU and Oregon.

Ramsey made 95 tackles and picked off one pass for the Trailblazers a year ago. He started every game as a freshman.

Turner-Gooden caught 15 passes for 239 yards in 2018. With the departure of Calabasas receiver Jermaine Burton to IMG Academy, Turner-Gooden will see way more balls come his way this season.

Te’o made 66 tackles for JSerra as a freshman. The rising sophomore has been offered by Arizona State.

Chan made 64 tackles in 2018. He’ll lead a Bishop Diego defense that returns 10 starters.

Garrison rushed for 395 yards and six touchdowns in 2018. He also caught a touchdown pass and returned kicks for the Golden Knights in his freshman season.

Pasadena loved to put the ball in Fox’s hands in 2018. He finished his freshman year with 577 rushing yards, 548 receiving yards and 13 total touchdowns. Fox also returned kicks and punts for the Bulldogs.

Tuihalamaka made 68 tackles and intercepted two passes as a freshman. He has four scholarship offers, per 247Sports.com.