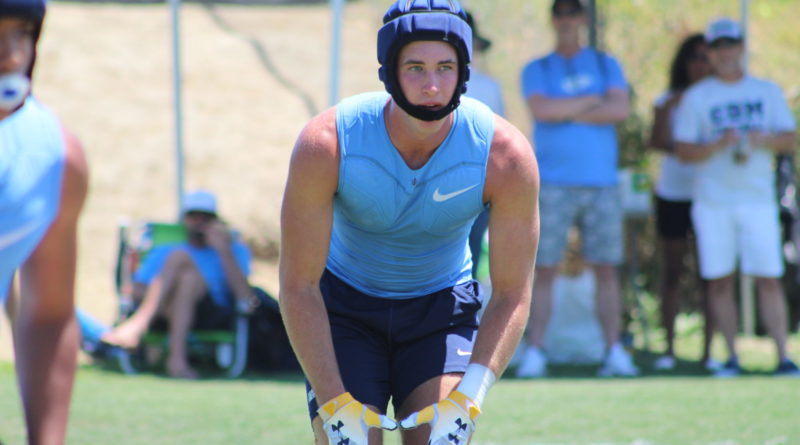 CDM receiver John Humphreys played fantastic football all day. He caught four touchdowns in a quarterfinal win over Corona Centennial and then two more in the championship game against St. John Bosco.

Corona Centennial receiver Gary Bryant caught the game-winning touchdown in the Huskies’ opening victory over St. Paul. After the score, a St. Paul defensive back whispered to a teammate, “that kid’s really good.”

Bryant also caught a touchdown in Corona Centennial’s quarterfinal defeat to Corona Del Mar. Bryant’s top play of the day came when he made a circus first down reception in triple coverage against the Sea Kings.

JSerra receiver Keyan Burnett came down with an incredible one-handed touchdown grab against Narbonne in pool play. Burnett made the catch despite having a Narbonne defender hanging all over him.

On the defensive side, St. John Bosco’s Kourt Williams and Jake Newman had strong afternoons. Williams had an interception in the title game and Newman did an excellent job containing Mater Dei and Corona Del Mar’s dynamic receiving corps en route to the Braves’ championship win.

One thought on “Top performers from Mission Viejo passing tournament”