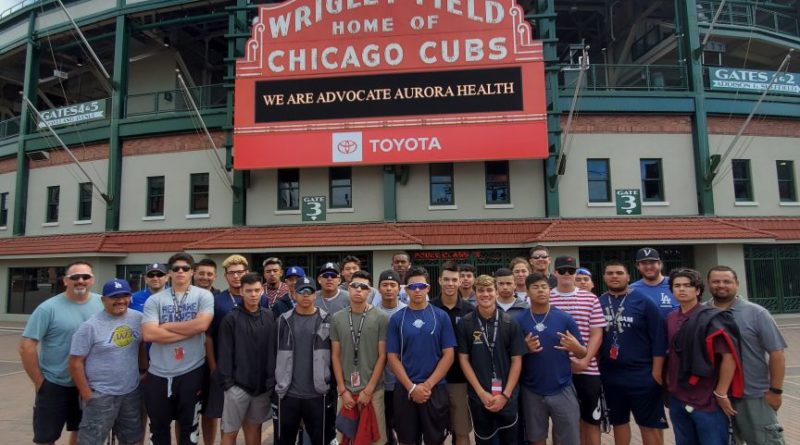 The Los Angeles City Section all-stars dominated the first ever GEICO Baseball City Series. The team went a perfect 4-0 in Chicago and capped off the tournament with a 6-2 win over the host Chicago all-stars to clinch the title.

Banning pitcher Anthony Joya got the start and struck out eight in four innings of work on Thursday. Sylmar’s Enrique Espinoza pitched the final three frames and only gave up one run. He entered in the fifth with the bases loaded and no outs.

Like every game this week, LA’s bats were quiet early and then roared to life as the game went on. MACES’s David Felix hit an RBI-single in the third that scored San Pedro’s Josh Duarte.

In the fourth, San Pedro’s Waldier Perez hit an RBI-single to double LA’s lead. Birmingham’s Erik Rivas followed that up with a ground-out that scored Poly’s Joe Guzman.

LA led from that point on. In the sixth inning, San Fernando’s Daniel Martinez added some insurance by hitting a two-RBI double to put LA ahead 6-2. That was more than enough support as Espinoza worked quickly through the seventh to clinch the LA victory.

The game was televised on ESPNU and the announcing crew interviewed LA coach Matt Mowry during the fourth inning and was surprised at the lack of interest from college programs in his players.

After such an impressive showing from the whole LA team in front of scouts and college coaches this week, recruiting interest should begin to pick up for some of the City all-stars.

Josh Duarte, Hasan Standifer and Daniel Martinez had breakout tournaments. Birmingham’s Gavino Rosales, Kennedy’s Vincent Esparza and Anthony Joya all made solid starts. These players made the most out of a unique opportunity.

The City Series win should also help LA public school baseball. City Section players got to spend a week in Chicago, tour Wrigley Field and win a tournament on ESPNU. Very few high school baseball players will ever get that chance.