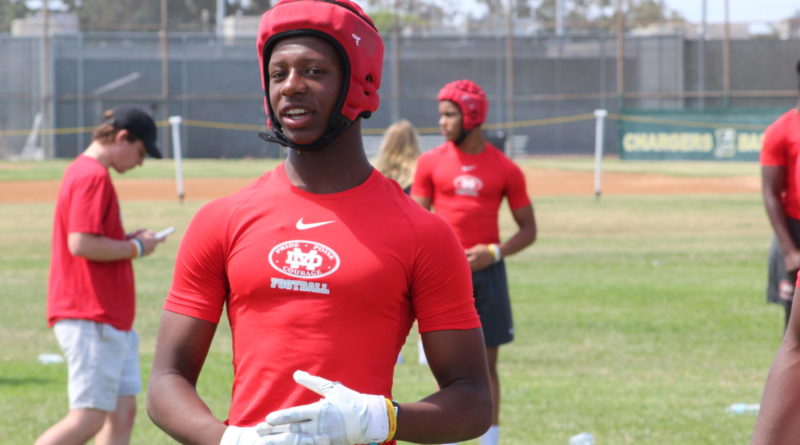 Check out the tournament standouts and surprises below.

Even though St. John Bosco fell short in the title game, Uiagalelei had a great tournament. In the quarterfinal round, the 2020 Clemson commit’s first throw was a 30-yard bullet to Logan Loya for a touchdown. In the semifinals, Uiagalelei overcame an early interception to lead the Braves to a win over Servite. He threw touchdown passes to Loya and Beaux Collins in the victory.

Davies played lockdown defense against every receiver he was matched up against at Edison. The 2021 cornerback had an interception against Norco in pool play. In the championship game, he anchored a defense that allowed just twelve points against St. John Bosco’s star-studded offense.

In the quarterfinals, semifinals and championship game Loya did not drop a ball. Against Narbonne in the quarters, the 2020 wide out hauled in a touchdown and then the conversion. He did the same against Servite in the semifinals.

Running backs don’t always get a lot of touches at passing tournaments, but Street is an exception. The 2020 Cal commit caught a touchdown against Rancho Cucamonga and hauled in several passes out of the backfield Saturday.

The 2022 duo led Servite to the semifinals of the gold division. McMillan hauled in a handful of touchdowns from Fifita on the day including a jump ball score against St. John Bosco. Fifita looked solid throwing on the run all afternoon and McMillan was his main target.

Whenever the Monarchs needed to make a play, it seemed like Williams made it. The 2022 receiver caught a huge third down conversion in the championship game. He also snagged the title game’s opening score.

Even though Narbonne fell in the quarters to St. John Bosco, the Garcia-to-East connection flourished. East caught a touchdown in the game and then brought in the conversion. He caught ten passes in the defeat.

Collins put on a show at Edison Saturday. The 2021 receiver made a couple of one-handed touchdown grabs. Check out one of them below.