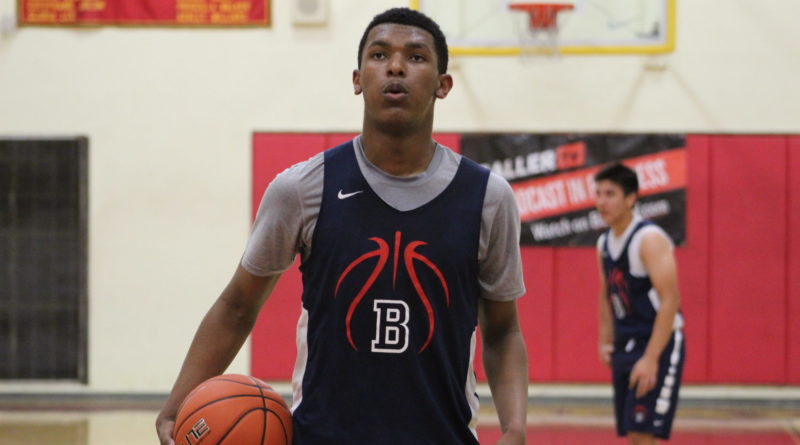 First and second round action of the Fairfax High summer basketball tournament continued on Wednesday, June 26. Here’s a look at the players who stood out:

Casey Jones, Mater Dei: 2021 Mater Dei wing Jones scored 11 points and grabbed 12 rebounds in the win over University. His best moment came when he threw down a ferocious dunk in the first half. The junior transferred in from Eastlake High School in Sammamish, Washington this offseason.

David Cheatom, University: 2020 University forward Cheatom was impressive in the loss to Mater Dei. Cheatom had success doing what he does best: attacking the rim. The senior’s jump shot has improved from last year as well. He finished with 22 points.

Brandon Egemo, Unversity: A 2020 guard for University, Egemo started off the Mater Dei game by hitting three really tough three-pointers. He has worked hard this offseason to become a more consistent shooter. After falling short in the City Section Division I championship game a year ago, Cheatom and Egemo have their eyes on the Open Division in 2019-2020.

Christian Moore, Brentwood: Later in the day, Brentwood beat Bishop Alemany 72-52. Brentwood 2022 forward Moore dominated the paint and was clearly the best player on the floor. Moore finished the game with 22 points and 14 rebounds. Alemany senior guard Brandon Whitney did not play in the game.

Justin Gladney and Barry Wilds Jr., Fairfax: In the night cap, Fairfax overcame an early 20-point deficit to beat Lynwood 90-84. After some really sloppy play from just about everyone who saw the court for the Lions, 2020 guard Justin Gladney and 2021 guard Barry Wilds Jr. spearheaded the Fairfax comeback. The duo combined for 41 points and played excellent defense which led to numerous transition buckets for the Lions.