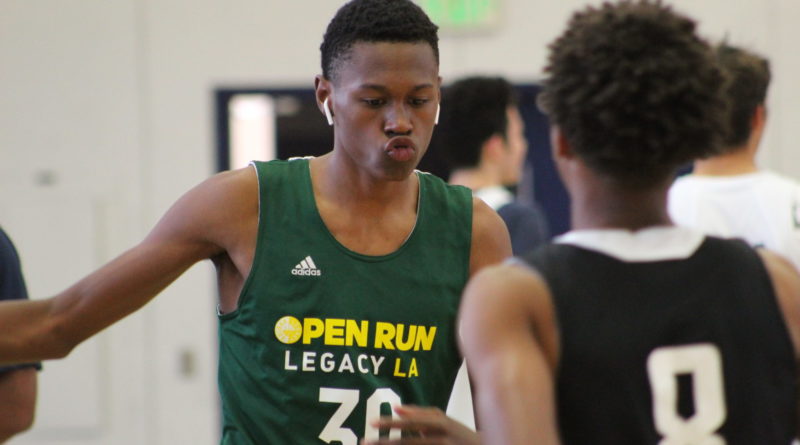 Long Beach Poly forward Peyton Watson’s time has come. As a sophomore, Watson showed flashes of brilliance, but a deep Jackrabbit team meant that the 2021 recruit has had to wait his turn.

Now that Watson’s entering his junior year, Poly coach Shelton Diggs has put his complete trust in his star player.

“I’m really happy to take on that role,” Watson said after a St. John Bosco summer league game last week. “The last two years I learned under Justin Rene and Giordan Williams. I’m ready to become a leader on this team.”

There’s a reason Diggs expects so much from Watson. Earlier this week, the junior received an offer from Lorenzo Romar and Pepperdine. Watson has already secured scholarship offers from Montana, Grand Canyon and Santa Clara as well.

In a summer league contest last week against Loyola, Watson hit four straight three pointers to begin the game. He also had success attacking the rim. He’s a guy you want to play with.

“I come out every game and play aggressively,” Watson said postgame. “I like to take the first couple of shots to set the tone offensively. I like to play with intensity. I always come out confident. Whether I’m making or missing shots, I keep a level head and keep going.”

Watson will be busy this summer competing on the travel ball circuit and continuing to play for Poly. A few Pac-12 schools have reached out to the junior. Expect the high majors to eventually offer.