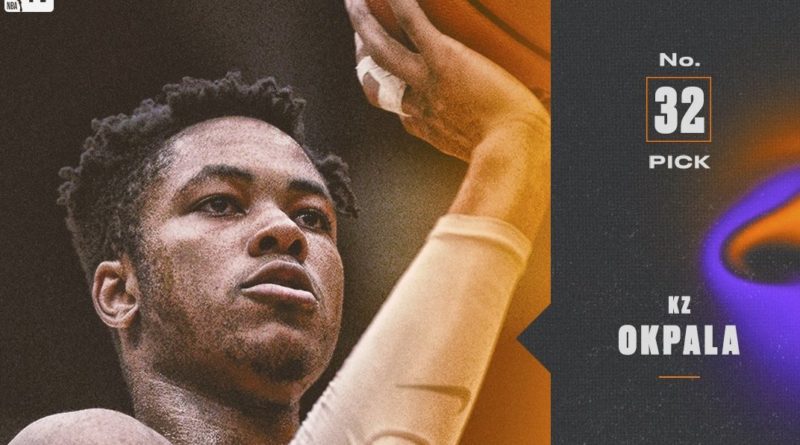 Four former Southern California high school basketball standouts heard their names called in the 2019 NBA Draft Thursday night. A fifth player signed with an NBA team as a free agent. Check out the landing spots for all five below.

The Miami Heat traded with the Indiana Pacers to acquire Okpala early in the second round. The Esperanza High product played the last two years at Stanford. In a story in the LA Times, Esperanza coach Mark Hill called Okpala the best player in the school’s history.

This past season, the 6-foot-8-inch small forward averaged a team-high 16.8 points and 5.7 rebounds for the Cardinals. Okpala will officially join the Heat on July 6th because of the trade.

The Denver Nuggets traded with the Heat to acquire Bol with pick No. 44. The 7-foot-2-inch center played this past season at Oregon, but missed the majority of the year due to a foot injury. Many scouts graded Bol as a first rounder, but he ended up sliding all the way to the middle of the second round.

Bol was born in Khartoum, Sudan before his family moved to Connecticut two years later. As a high school junior, Bol played at Mater Dei under head coach Gary McKnight. That year, Bol helped lead the Monarchs to the Open Division Southern Section Championship game where they lost to Bishop Montgomery. As a senior, he transferred to Findlay Prep in Nevada.

The Brooklyn Nets traded with the Los Angeles Clippers to acquire Hands late in the second round. The 6-foot-3-inch UCLA point guard played high school basketball at Foothills Christian in San Diego. Hands led the Pac-12 in assists this past year recording just over six per game.

Hands will be playing far from home, but he won’t be alone. San Diego native Jared Dudley plays for the Nets and is excited to welcome another player from his hometown to the team.

The Utah Jazz traded with the Golden State Warriors to land Oni very late on draft night. The former Viewpoint standout played the last two years at Yale. This past season the 6-foot-6-inch forward led the Bulldogs to the NCAA Tournament.

CBS Sports really liked the pick: “Oni gives Utah another scorer from the wing who can light it up from 3 and can create his own shot off the dribble. Grade: A.”

Boatwright, a 6-foot-10-inch forward, shot 42.9 percent from three and averaged 20.1 points per game as a senior. He has an injury history, which contributed to him falling out of the draft.