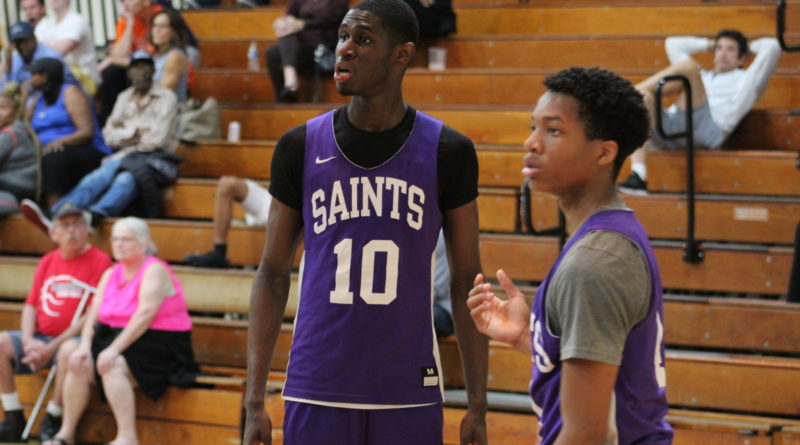 The summer block party basketball tournament continued on Wednesday at Maranatha High School in Pasadena. Check out the best players from all of the action below.

Carlson can flat out shoot it. Last season in a road playoff game against Compton, the 2020 guard hit seven threes after just one half. In Wednesday’s summer block party game against Long Beach Poly, Carlson hit seven threes and finished with 32 points in a 65-62 defeat. He’s one of the most underrated scorers in the Southern Section.

Whitney has made big strides since last season. The 2020 guard played really well at War on the Floor and on Wednesday at Maranatha, Whitney hit a buzzer-beater to beat Providence 62-60. He finished with 36 points.

One of the biggest surprises on Wednesday was Brentwood’s 65-46 win over Fairfax. The Eagles looked really solid. 2021 forward Zach Mellon took advantage of Fairfax’s inexperienced front-court and finished the game with twelve points, ten rebounds and nine assists.

Point guards need to be calm, cool and collected. That description fits Hunter perfectly. The 2020 guard impressed as the Lions’ floor general in their defeat to Brentwood. He scored 13 points and played tenacious defense.

Jones was the best player on the court in St. Anthony’s 55-43 win over Loyola. The 2020 forward shot seven-of-ten from the floor scoring 17 points. He threw down a monstrous dunk in transition in the second half that made the whole gym gape.

Murphy has great athleticism. He handles the ball very well and is a strong shooter. In Wednesday’s 68-50 win against Valencia, the 2021 guard scored twelve points and grabbed eight rebounds.