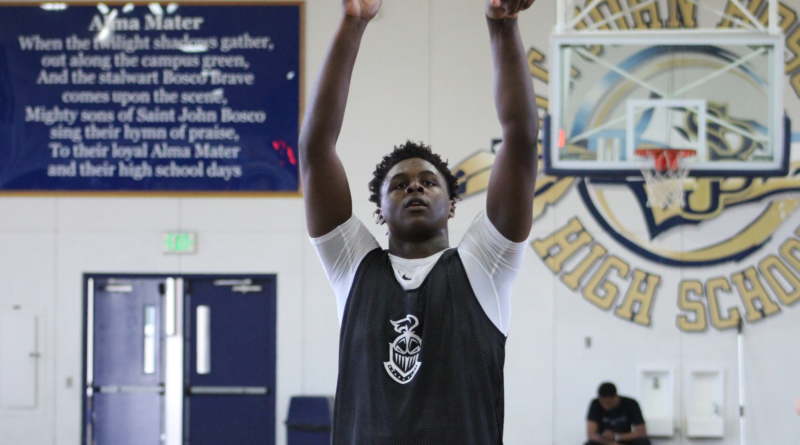 Week three of the St. John Bosco summer basketball league concluded on Tuesday and several players from teams across the area impressed.

Ezewiro played limited minutes in Bishop Montgomery’s 54-42 win over Harvard-Westlake this afternoon but still managed to score ten points. The 2020 center was a problem in the paint all game. He threw down two rim-rocking dunks and was very active on the glass. The big man showed why he’s such a highly touted recruit.

It’s important to point out that Harvard-Westlake was not at full strength in this one though. 2020 center and Princeton commit Mason Hooks did not play.

The 2021 forward began last week’s game against Loyola on fire. Watson started out four-for-four from downtown and also made plays at the rim. Loyola eventually went on to win the game, but Watson definitely showed why he’ll be Long Beach Poly coach Shelton Diggs’ main man this season.

Following a solid junior season, 2020 St. John Bosco point guard Josh Camper looks primed to have a huge senior year. In this afternoon’s 64-62 double-overtime loss to Damien, Camper single-handedly gave his team a chance to win. With ten seconds to play, the senior stole a Spartan inbounds pass, raced up the floor and hit a three-pointer to send the game to overtime. Camper is smart, a consistent three-point shooter and a very hard worker. He finished with 15 points in the defeat.

Damien’s backcourt duo shined in their two games this afternoon. 2021 guard Malik Thomas is extremely athletic and very difficult to defend. 2022 guard RJ Smith is a terrific shooter. With these two leading the charge, Damien will win a lot of games in 2019.

Pitre is a sleeper. The junior forward is still only 15 and has opened a lot of eyes through the first three weeks of summer league. He finishes at the rim and also has a reliable jump shot. Pitre will be a fun player to keep an eye on this season.