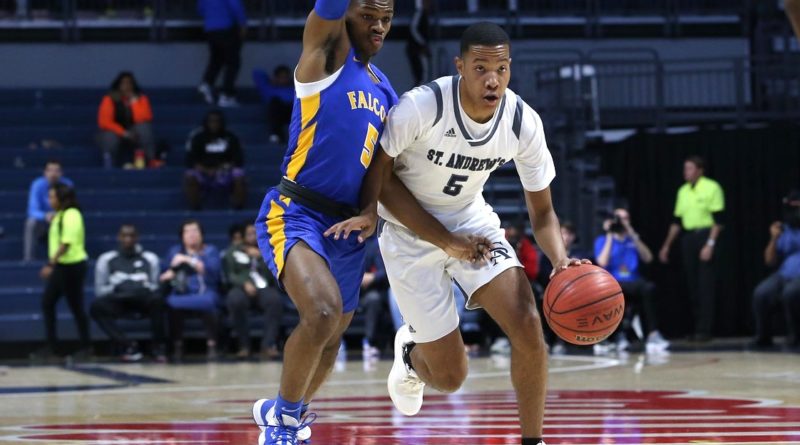 The Patriots picked up a 54-49 win over cross-town rival Jackson Prep last Tuesday night, then breezed through a tuneup game against Delta Streets with a 94-51 win.

St. Andrew’s blew past Crystal Springs in back-to-back games last week by an average margin of victory of more than 45 points. There’s clearly nobody in Region 6-3A that can hang with them. It remains to be seen if anyone in 3A can.

The Royals were idle last week. They hold the top seed going into the Region 1-2A tournament this week.

The Raiders went 1-1 last week with a hard-to-watch, 63-48 loss at Parklane Academy and a great bounce-back 64-53 win over Hillcrest Christian on the road. They close out the regular season this week with two road games: at Jackson Prep Tuesday and at MRA Friday night.

The Hawks captured the District 3-4A tournament crown on their home court with a 75-27 win over Park Place Friday night. They open the 4A South State tournament this week.

Bay Springs stayed perfect last week and picked up two wins by forfeit. They beat Mize in their only action and got to 10-0 in Region 5-2A with forfeit wins over Taylorsville and Heidelberg.

The Cougars were idle last week and rested on their laurels after clinching the top seed in District 3-4A last week. They are set to open post-season play against Adams County Christian Wednesday.

The Hilltoppers dropped a tough 39-35 game at home against Booneville to start last week, but bounced back with a 62-40 win over East Webster on Tuesday, then turned around and beat Calhoun City 77-62 Thursday night.

It’s hard to say a team with only three losses in 24 games faded down the stretch, but that’s what happened with the Irish. The 50-40 loss to North Forrest was their second region loss in a row (not counting two forfeit wins over Collins).