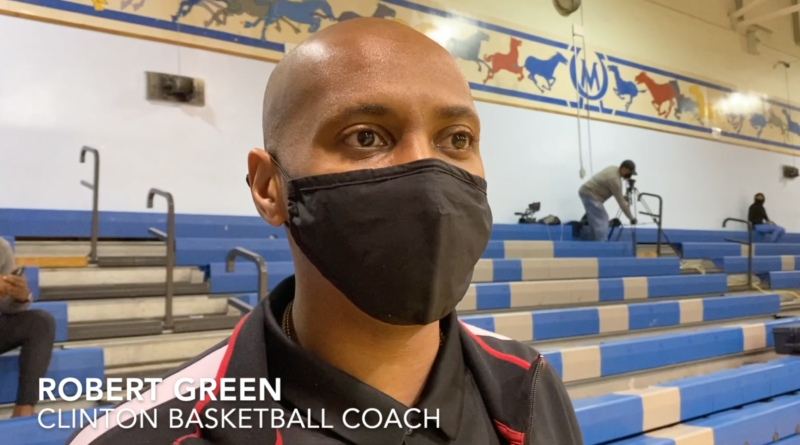 JACKSON — Sometimes it takes a little while to get going, even if you are the top-ranked team in the state.

Such was the case for Clinton Friday night in Jackson, as the No. 1 Arrows had to erase a 24-19 halftime deficit to stay unbeaten with a 67-46 win over a scrappy Murrah team.

“I’m definitely proud of the way we kept our composure,” Clinton coach Robert Green said. “We had to tighten up some stuff. We slowed down and started looking for what we are normally looking for, and it helped us close that gap.”

What they were looking for was points, and they got them in bunches. Senior guard E.J. Mason started heating up from beyond the arc before halftime, but he was lights out to start the second half, hitting a couple of three-pointers to get Clinton (15-0) going.

Then it was time for the Kimani Hamilton show.

After going scoreless in the first half, Clinton’s lengthy forward scored 16 points in the second half, with the majority coming in the third quarter.

The Arrows went into the third quarter trailing 24-19 and left it ahead 42-40. Clinton continued to ride the momentum in the fourth, outscoring the Mustangs 15-4 in the final period.

Hamilton’s 16 second-half points were huge, but the Arrows had so many contributors. Mason finished the night with 15 points, Omarion Loss scored 10 and Devin Bass chipped in eight.

The win gave Clinton the clean, 6-0 sweep in Region 4-6A games. They are scheduled to wrap up the regular season Tuesday night, when they host Vicksburg in a non-region tilt.