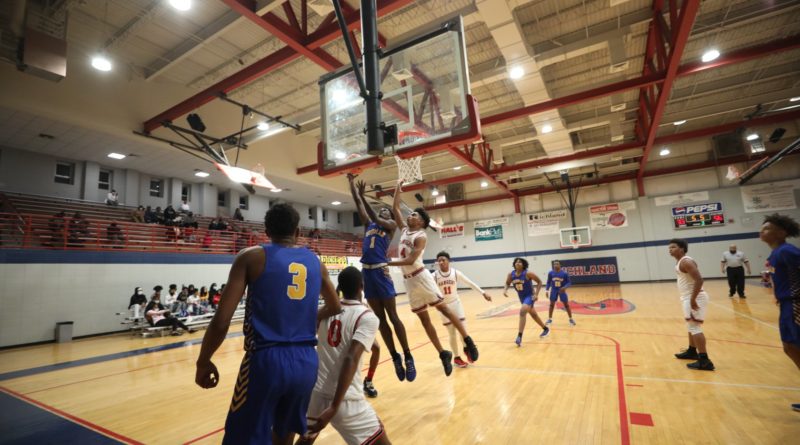 RICHLAND — The biggest question coming into Friday night’s Region 5-4A showdown between Quitman and Richland was how Quitman would respond.

The answer: in a big way.

Coming off an overtime loss at home to Florence on Tuesday night, the Panthers bounced back with a convincing 72-45 win over Richland in a key region contest.

“(We) came out with a lot of energy and made shots early,” said Quitman coach Chris Coleman. “C.J. Keys made shots, had a lot of blocked shots and dominated early. He did it tonight on all three levels and made it look easy.”

Keys finished the night with 20 points to lead all Quitman scorers, and the Panthers pulled away early.

Midway through the third quarter, the Quitman lead grew to 26 points at 53-27.

“Once we got things going, we kept the momentum for the rest of the night, so I’m proud of the guys,” Coleman said. “After Tuesday night we knew going forward we didn’t come out with energy and let the other team dictate the game, and tonight we came out with a sense of urgency.”

Josh Jackson added 10 points for the Panthers. Erin Jones had a game-high 25 points to lead Richland (9-9), but Keys stole the show.

“I knew I had to have a bounce back performance tonight because we came up short Tuesday,” Keys said. “Good win on the road and next week we have to get two wins to get the bye in the district tournament. We have to continue to get better as a team.”

Quitman (11-2) hosts Northeast Jones Tuesday night with the No. 2 seed in the Region 5-4A Tournament on the line.

“That’s for the No. 2 seed in the district tournament and the last time we played it was a tough game for four quarters,” Coleman said. “We will be looking for the same intensity.”