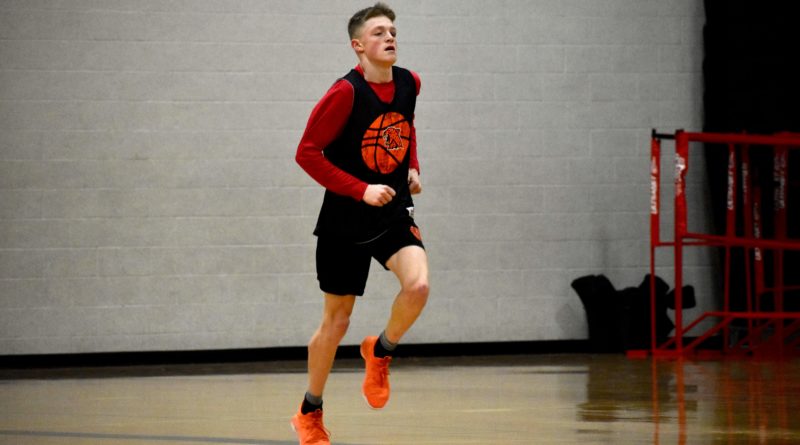 Mason Landdeck hasn’t wasted much time acquainting himself with the high school basketball scene in Utah.

Landdeck, the Eastern Washington commit and two-time 1A all-state selection for Cashmere and Zillah, scored 50 points to lead Desert Hills (Utah) to a 101-100 win over Cedar in double overtime.

And the Eastern Washington signee did it at an impressive clip, too. Landdeck hit 16 of 29 shot attempts and four 3s, shooting 55 percent overall and 44 percent from 3.

He scored 16 of his team’s 18 points in the second overtime, including the go-ahead layup in the final seconds, and was one basket away from tying the fifth-best single-game scoring performance in the Utah High School Activities Association record book, according to The St. George Spectrum & Daily News.

“When it got down to game time, I just thought, ‘we gotta win the game,’ ” Landdeck told The St. George Spectrum & Daily News.

Desert Hills is Landdeck’s fourth high school in as many years. As a freshman, he was a part of Kittitas’ run to the 2B state title behind the state’s all-time leading scorer Brock Ravet. He transferred to Cashmere for his sophomore season and Zillah as a junior, both years earning all-state honors (he was SBLive’s No. 41 most impactful player in the state in 2019-20).

With uncertainty surrounding the pandemic and a desire to play his senior high school season, Landdeck decided to move out of state in August.

Hard to argue the decision is not paying off for him to this point, especially seeing as it was made before the basketball season was rescheduled to the end of the school year.

The high school basketball season in Washington is scheduled to begin Apr. 26, though the sport faces the toughest road to a return under its current “high-risk” designation by the department of health.

Desert Hills (Utah) is 14-1 on the season and sits near the top of the 4A Region 9 standings.