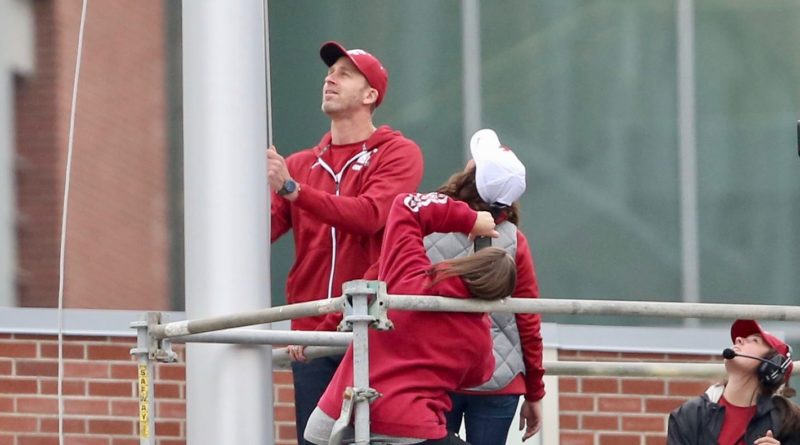 The 2020-21 college basketball season is reaching a midway point, and it is a good time to start asking a pertinent question about Washington State Cougars basketball.

Who are the top five players in program history with ties to Washington high schools?

2. Half the player’s rating comes from what he accomplished at Washington State, while the rest of it is split between what he did in high school, and what he did or has been doing as a professional.

Skinny: The 1940s were arguably the golden era of Cougars’ basketball, littered by a run of All-American performers and history-making squads. And the one name that comes up as the star of the decade is this pure scorer. A member of the all-time Pacific Coast Conference team, Bishop put up points against competition in college, against all-star military teams while in the U.S. Army and on the AAU national circuit (set a record with a 62-point effort in 1943). After two separate WSU stints, Bishop was twice the leading scorer in the Northwest’s only professional league – the Pro Coast League – before playing one season with the Philadelphia Warriors in the NBA.

Signature statistic or honor: One of the 13 athletes in history to play both in the NBA and major leagues, Hendrickson was a multiple all-Pacific 10 Conference selection in both sports at WSU.

Skinny: Hendrickson gets much of his acclaim as a multi-sport star – but he was a fantastic frontcourt player for the Cougars. After winning four state championships in high school (two in basketball, two in baseball), he immediately slotted as an impact player for WSU under former coach Kelvin Sampson, helping the Cougars to the 1994 NCAA Division I tournament as a sophomore double-double threat (he was the Pacific-10 Conference leader when he graduated with 43 double-double games for his career). Not only do his 1,496 career points rank No. 6 in program history, his career 56.7-shooting percentage is tops all-time. The two-time all-conference forward was drafted in the second round by Philadelphia in the 1996 NBA Draft, and he spent three seasons in the league before pitching in the big leagues for a decade.

Signature statistic or honor: As a sophomore post player in 1945, Hanson set the NCAA Division I single-season scoring mark with 592 points (which would still rank No. 6 in WSU history in the modern era).

Skinny: The Cougars have had a rich post-player history with the likes of Steve Puidokas, James Donaldson and Aron Baynes. None of them dominated their era like this 6-foot-10 All-American. It all came to a head in 1945 when he set the NCAA record, but Hanson also set a bunch of WSU records, including career points (1,153) and field goals (460). That might not seem like a lot by today’s standards, but remember this was a time when there was no shot clock – and games were often played in the 40s and 50s. Hanson also was a letterman for the Cougars in baseball and track and field before being drafted by the Baltimore Bullets (later the Washington Bullets of the NBA) – and eventually playing for the AAU’s Goodyear Wingfoots.

Signature statistic or honor: Known for his ability to fill it up in a hurry, Quinnett holds both of WSU’s top two single-game scoring marks – 45 points against Loyola-Marymount, and 44 points against USC in 1986-87.

Skinny: This small-town dynamo was a unique player – a dead-eye perimeter shooter in a power forward’s frame (6-foot-8). And for a guy who did not become a full-time starter at WSU until his junior year, Quinnett caught fire as a scorer. In fact, his senior-season 18.4 points-per-game average ranks just outside the top 10 in Cougars’ history – and so do his 1,409 career points (which was No. 3 all-time when he left). He was also a career 48.6-percent shooter from the floor. The New York Knicks drafted him in the second round of the 1989 NBA Draft, and he played three seasons in the league.

Signature statistic or honor: Lacy became the 34th WSU player to eclipse the 1,000-point barrier when he was just a junior.

Skinny: From the time he stepped foot on Friel Court, Lacy was instant offense, especially beyond the 3-point arc. The all-state guard from Curtis is one of two players who made eight 3-pointers in a game three or more times (the other is NBA superstar Klay Thompson). And by the time he left, the all-Pacific 12 Conference first-teamer was WSU’s all-time leader in 3-pointers made (249) and attempted (643). And his 1,548 career points rank fifth all-time in Cougars history. He has been playing professionally overseas since 2015.