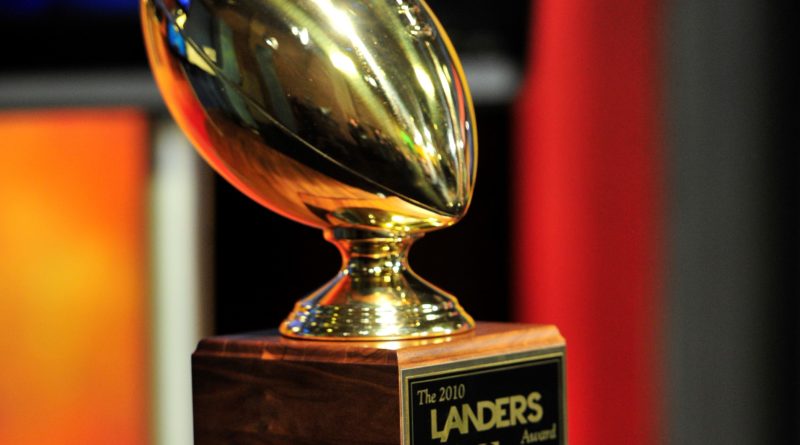 LITTLE ROCK — Pulaski Academy running back Joe Himon was awarded the 22nd annual Landers Award, or the “Heisman of Arkansas High School Football,” on Tuesday evening after finishing as a finalist last season.

Himon has been a force on the gridiron since his sophomore year, finishing second all-time in state history for a non-quarterback with 7,602 all-purpose yards and first with his 83 touchdowns.

“It feels good; it is really just a blessing,” Himon said. “I could not have done it without keeping my faith in my Lord and savior and going to work with my teammates and coaches every day.”

The Northwestern University signee is listed as high as a four-star recruit according to ESPN and is the 781st player in the country per the 247Sports composite rankings. Himon committed to Northwestern in July, picking the Wildcats over the likes of Louisville, Miami and Missouri, among others. He signed his letter of intent last month and will enroll at the end of the school year.

“I have known Joe for a long time and watched him for the first time in fifth grade,” Pulaski Academy first-year head coach Anthony Lucas said. “I have watched him flourish throughout his career. He has put in the work, and he has done it the way football players and individuals should do it — as humble as possible and he let all of his work on the football field speak for itself. It has been a great journey and I am so happy for Joe and his family.”

“They will stick with me forever,” Wright said. “I talk with some of my buddies now about things that happened in high school, especially when you win like we were able to.”

Former Robinson offensive lineman and Razorback signee E’Marion Harris earned the Scott Landers memorial scholarship and was presented with a $5,000 check in memory of the former Pulaski Academy all-state linebacker who tragically passed away at the age of 35. Benton’s Beau Wright was presented with the Paul Eells Award for his service both on and off the field.

The other candidates for the Landers Award were: