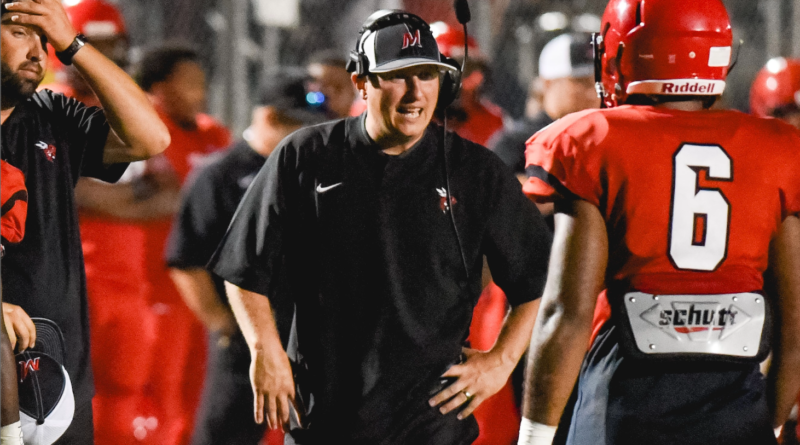 After serving as head football coach for the past five seasons, Maumelle’s Kirk Horton has announced he is stepping down. He will remain the school’s athletic director, a position he has held since 2019.

Horton began his coaching career at Maumelle Middle School in 2008 coaching football, basketball and track while also assisting with varsity football on Friday nights for now-defunct Oak Grove High School, which is now Maumelle High. He also spent a brief time as Maumelle’s freshman coach and then two years as the high school defensive coordinator before becoming head coach in 2017. Horton went 27-24, including a 16-15 conference mark, during his five seasons and led the Hornets to the playoffs three times.

“It just seems like the right time,” Horton said. “To be frank, I was ready for an administrative career before I took the football head-coaching job. I felt a lot of times this year that I was not doing either job well because there was so much to do for both.”

Maumelle’s best season under Horton came in 2019 when the team finished with an 8-3 record and placed third in the 5A-Central conference. This past year, the Hornets had high expectations with 14 starters returning including Arkansas signees Andrew Chamblee and Nico Davillier, but coaching changes among other obstacles added extra adversity to the team.

“Replacing two really good coaches late in the process is not an ideal situation for hiring,” Horton said. “We got a couple of coaches that came in and worked hard, so it is no knock on them, it is just not giving them much time to mesh with the team. Playing the caliber of teams that we do, you have to have a staff who works together throughout the offseason and gets on the same page.”

Following a 31-21 come-from-behind victory over Sylvan Hills in Week 0, the Hornets lost four consecutive games. They were able to regroup to win three of their last five games but fell 31-28 in the final minute to Greenbrier in the first round of the playoffs.

One of the other challenges was the fact the Hornets did not play a game at their home stadium until Week 6. Pulaski County Special School District had the field turf re-done and some problems with the foundation arose. Because of that, the players and coaches were having to bus over to Joe T. Robinson for seven straight weeks to practice, which added more than an hour per day roundtrip of travel time.

“Out of the gate, I felt like we were behind the 8-ball,” Horton said. “Being unable to practice at your own facilities wears on you. Not just on the players or the coaches, but life in general. It was a completely different environment than the kids were used to, but I was proud of the way the kids responded to all of that. We overcame a lot this year just to put a good product on the field.”

Horton has plenty on his list that he wants to accomplish being strictly director of athletics, but first and foremost he wants to make sure he hires a quality candidate to take over the football program.

“I really want to make this a good hire to get the program to that next level and get over the hump,” Horton said. “I want to support that person and be able to navigate through the Pulaski County Special School District so that they can just coach football because having them do that is not a one-person job.”