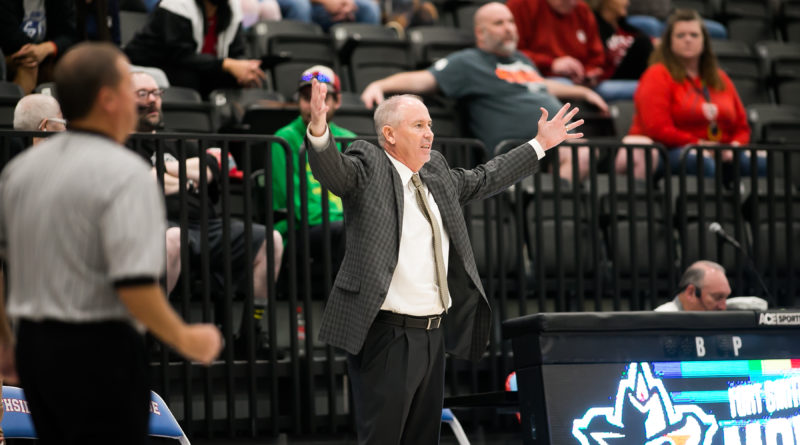 A new year brings the beginning of conference play and the chance to set the tone for the rest of the season. At the top, the 6A-Central Conference is going to be a battle with our top three teams all vying for a state title, one hoping to repeat. With a couple of smaller schools appearing on the list, you can expect some fun and competitive basketball from top to bottom from here on. Here are our first girls rankings of 2022.

Conway came up just short in the Sandra Meadows Classic against Texas powerhouse Duncanville but other than that has hardly been challenged in nonconference play. A very deep roster can have the Wampus Cats in this same position at season’s end.

The defending state champions are the final undefeated 6A team left standing. The Bears have won three tournaments and were very impressive in the Neosho Holiday Classic last week.

There is no question the Charging Wildcats deserve to be in the conversation for the top spot. They will get their chance to make their case at Central on Tuesday and against Conway at home Friday.

Small class or not, the Bearcatz are undoubtedly one of the premier teams in the state as three-time defending Class 2A state champions. They have had convincing wins over Nettleton, Jonesboro and Greene County Tech and will most likely cruise through conference play.

Central represented well in the Hays Classic Tournament, winning the championship and going 5-0. It has two big matchups this week at home against North Little Rock and at Fort Smith Northside.

After coming up shy of the state championship last year, Farmington is playing like it is on a revenge tour and will be tough to stop in Class 4A.

The Bulldogs have played one of the toughest schedules and handled it very well, showing they can play with the best of the best in close losses to Conway and North Little Rock.

The Wolves scored a huge 46-44 victory over Bryant in the Kameron Hale Tournament on a buzzer beater from Hayleigh Wyrick that boosted them into the Top 10.

The Hornets were riding a five-game win streak until Lake Hamilton spoiled the party. They will have to regroup quickly with the 6A-Central schedule ahead.

The Eagles have won seven of their past eight but will be challenged just about every week in a deep 5A-West conference that boasts five teams with at least eight wins.

The Warriors are coming off a strong showing in the Wild Cat Classic Championship game and have won five in a row.

A victory over Siloam Springs clinched the Gravette Holiday Tournament for the Tigers, and they ride that momentum into conference play.

The Panthers will have to bounce back from a loss to Bentonville to prepare for the challenging schedule that is the 5A-West.

The Scrappers have been impressive in winning nine straight and are feeling very confident heading into 4A-7 play. They travel Friday to 11-5 Bauxite.

The Hurricane have had some slip-ups playing quality competition but do have wins over Central, Parkview and Vilonia.

After a slow 2-4 start, the Wolverines have reeled off eight straight wins.

The Titans have victories over Nettleton and Bentonville West and are riding a two-game win streak heading into conference play.

After a poor showing against Melbourne, the Raiders will look to regroup with a new year and new season of conference games beginning.

The Devil Dogs have won 11 of their past 12 — most recently defeating Absegami of New Jersey.

The Bears showed up ready to play in the King Cotton Classic, taking down Hutchinson (Tenn.) and Huntington (La.).

The Panthers took two out of three in the Chartwell’s Holiday Classic, beating Lakeside and Mount St. Mary.

Greenbrier has been streaky for the past month and will have to get things rolling to compete consistently in the 5A-West.

Bergman has been scoring at will, putting up 68 points per game. The Panthers will very likely continue to climb the ranks as the season goes along.

The Southerners fell to Nettleton in their second game and have not lost since. With multiple stellar shooters, can they challenge Farmington, Morrilton and Nashville for the 4A crown?

The Golden Eagles hung tough with No. 4 Melbourne and have two more big opportunities against Nettleton and Jonesboro in two of the next three games.