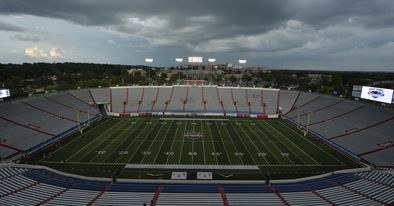 With severe weather inundating central Arkansas, the Class 2A state championship football game scheduled for Friday night at War Memorial Stadium was postponed. The game will now be played Sunday at 2:30 p.m. Parking will be free and tickets that were purchased by fans that were in the stadium Friday night will be honored.

Around 6:40 p.m. Friday, Arkansas Activities Association officials were alerted by the National Weather Service that there was lightning in the area, and the mandated 30-minute lightning delay went into effect. The teams had already gone though a full warmup and were in the locker room, but fans were told to seek shelter in the concourse.

The lightning persisted, and about an hour later the decision was made to postpone the game.

This is not the first time this scenario has occurred. In 2018, the Class 5A state title game game between Pulaski Academy and Little Rock Christian scheduled for Friday evening was moved to Sunday. However, that decision was made during the day when the forecast called for dangerous storms that evening.