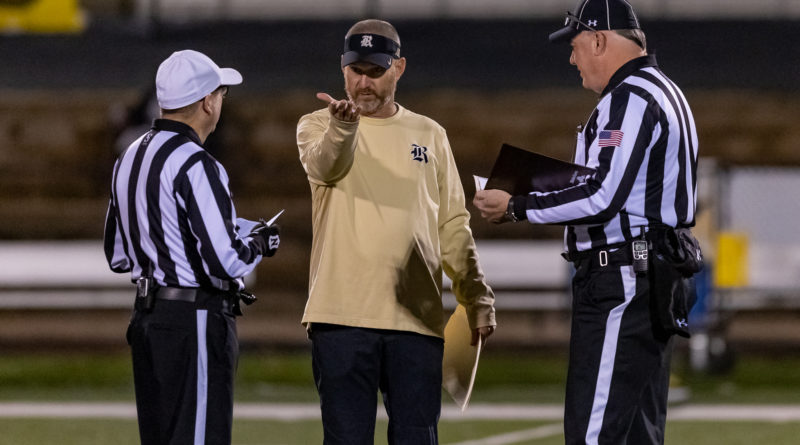 The second week of the playoffs brought a handful of upsets within the Top 25, causing teams to drop or drop out and a few others to debut this week. The semifinal round in the big classifications and the quarterfinals in the smaller ones Friday night should cause more jockeying next week.

The Hornets move on to the Class 7A state playoff semifinals and host North Little Rock in a rematch of a Week 9 game that Bryant won 24-12. The last time Bryant lost a game to an in-state opponent was in October of 2018 at North Little Rock.

Friday night, the Bulldogs will try to beat No. 3 Conway after knocking them off 41-24 in the season opener and advance to the Class 7A state championship game.

The Wampus Cats were without cramping senior star receiver Manny Smith in the second half of the season-opening loss to Fayetteville. Could the outcome be different Friday night with a healthy Smith in the lineup for four quarters?

In last month’s loss to Bryant, North Little Rock fumbled in the red zone on its opening drive and couldn’t score from the Bryant 1-yard line as time ran out in the first half. They get a chance to redeem themselves.

The Saints play a rare road playoff game when they travel across the state to northeast Arkansas to face Rivercrest, which they ran past 58-20 in last year’s Class 4A state championship game.

The defending Class 5A champions’ road to another title runs though Faulkner County where undefeated, but banged up, Greenbrier hopes its high-octane offense can hang with the Bruins, who are among the state leaders in scoring average.

The Patriots beat a battered Greenwood team in Little Rock in the 6A-West Conference opener, but the defending Class 6A state champion Bulldogs are healthy and playing at home with a trip to the state championship game on the line.

The Bulldogs held 5A-Central Conference rival Little Rock Christian to 10 points in the teams’ last meeting. Can they neutralize the Warriors again in a Class 5A state semifinal playoff game?

The Tigers’ season once again is ended in the quarterfinals by a 7A-Central team, so they finish with losses to No. 2 Fayetteville, No. 4 North Little Rock (last week) and No. 3 Conway with a win against Liberty (Mo.) North, which is competing for a state championship this weekend.

The Bulldogs have resurrected their season after injuries looked to have derailed a state title defense. Greenwood is trying to continue a tradition of home playoff dominance that includes a streak that dates back to 2014, when they lost to El Dorado.

The Warriors haven’t lost a game since a 63-14 setback to Pulaski Academy on Oct. 22 and have scored 35 or more points since then, including pounding Vilonia, which had just one loss, and Nettleton, which was undefeated, the past two weeks in the 5A playoffs.

The Wildcats face a hot and dangerous Marion team, which is only 6-6 and lost to El Dorado 36-7 earlier this fall but this month has beaten 6A-East champion Jonesboro and 6A-West No 1 seed Benton. El Dorado tries for its first state final appearance since 2013.

The Panthers won’t have dynamic senior quarterback Cooper Wilcox, who seriously injured his shoulder last week, but they do get the advantage of playing at home, which is key, considering Pulaski Academy is riding a 53-game home winning streak.

Once again, the Panthers endure a lopsided loss to rival Bryant in the Salt Bowl opener and engineer a fantastic season. This time, it included a 6A-West Conference championship.

The Panthers couldn’t challenge top 7A-Central Conference stalwarts Bryant, Conway and North Little Rock but did nearly knock off 7A-West champion Fayetteville last week in the playoff quarterfinals, holding a 21-point lead in the second half.

The Grizzlies battled in the ultra-tough 7A-Central Conference but couldn’t muster a signature win, although they did beat 6A power Greenwood and won a road playoff game.

The Wolves had difficulties down the stretch, losing back-to-back regular-season games with a 6A playoff win and then falling behind 28-0 to El Dorado last week before losing 48-27 in a playoff quarterfinal game.

The Patriots are the feel-good playoff story after entering as a No. 4 seed. Friday night, Marion looks to avenge an earlier loss to El Dorado in which starting quarterback Ben Gerrard was knocked from the game. Marion advanced to the semifinals last season after taking a COVID-19 forfeit win over Benton and a win over Van Buren but has never played in a state championship game.

The Hurricane seemed to have lost their mojo at upstart Marion in the regular-season finale and then came out flat against Little Rock Parkview in a lopsided home playoff loss last week.

The Raiders enjoyed a historic run, including a conference title, but thoughts of a state championship were dashed by a Little Rock Christian team which seems to be on a mission.

The Lumberjacks bounced back from a 35-0 season-opening defeat to No. 8 White Hall to clobber Stuttgart 47-27 a week later. Now, Warren plays a rematch with the Ricebirds riding a 10-game winning streak and looking like a favorite to advance to the Class 4A semifinals.

The Senators have enjoyed a favorable playoff draw and again this week face a Lamar team that isn’t experienced in the playoffs, which makes Robinson heavily favored to advance to the semifinals.

The Ricebirds’ only loss was to Warren in September. They’d trade that for a win this week and a berth in the 4A playoff semifinals.

The Curley Wolves make their Top 25 debut after a dominant run through the regular season and are now on a quest for a Class 3A state championship game berth. Standing in Prescott’s way this week is Newport, which the Curley Wolves pounded 56-6 in the opener.