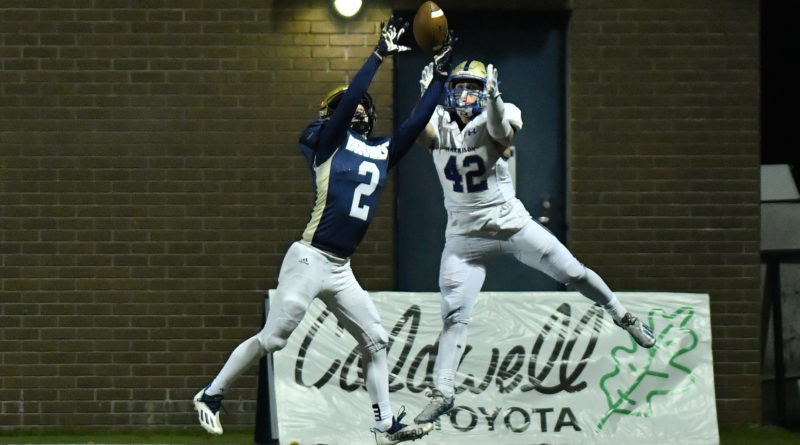 As expected, the Charging Wildcats had no problem rolling past the Mavericks and now will travel to Bentonville to play in what could be one of the best games next week.

The Saints add to their many sportsmanship-rule wins this season and will most likely collect another next week against Ashdown.

The Bruins jumped to a 22-0 lead in the first half but weren’t sharp the rest of the way and let the Goblins cut the lead to eight before leaning on the defense’s forced turnovers to preserve the win.

The Bulldogs returned the opening kickoff for a touchdown and never looked back, leading the entire game.

The Panthers dominated the Wildcats in every phase to take the easy win and now will saunter into Fayetteville next Friday hoping to upset the Bulldogs like they did Bentonville last season.

The Patriots smacked the Lions early and often and will now head to northeast Arkansas to play Jonesboro, the No. 1 seed in the 6A-East.

The Grizzlies’ offense was off and running early and they now will try one more time to upend three-time defending champion Bryant after taking the game into the fourth quarter in the regular season.

The Wolves snapped a two-game losing streak and now face a tough road game against El Dorado, the 6A-East No. 2 seed.

The Warriors’ offense had sputtered at times in the regular season but it was revved up Friday night and after a quality win and mild upset the team could be on its way to a deep playoff run.

Eli Weaver’s Interception in the end zone with 30 seconds to play preserved the comeback win for the Panthers.

The Raiders’ historic season rolls on after an easy win over the Trojans.

The Yellowjackets trailed much of the game but cranked up the offense and were able to get back in the game and now will tangle with Greenbrier in a tasty quarterfinal matchup.

The Eagles’ magical season comes to an end with back-to-back losses as the defense struggled again to contain the Warriors offense.

The Comets hung around for a half but eventually the Senators scored 28 unanswered points to roll to the win.

The Cardinals fell behind and never could get back in it, ending a great debut season by coach J.R. Eldridge.

The Ricebirds had the mercy rule applied by halftime and rolled past the Billies to the second round, where they will once again be heavy favorites against Elkins.