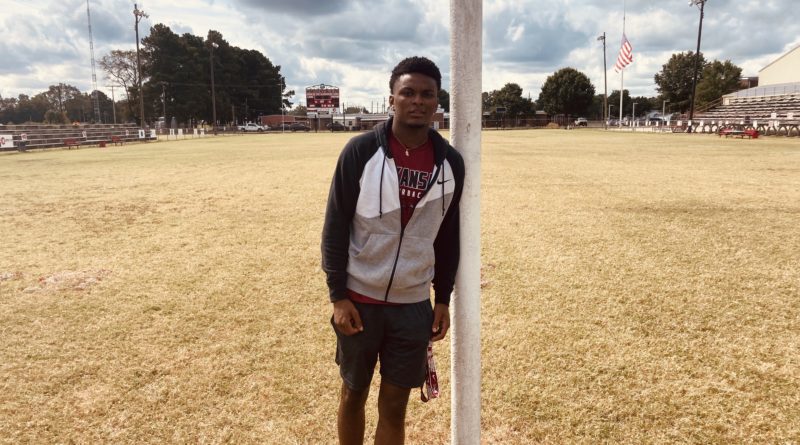 Ten weeks down and a new season is upon us as the playoffs begin this week. Over the course of this week, we will be releasing five contenders for each class along with a sleeper. Here is the list for Class 2A:

Senior quarterback Keithlin Brown is a force for the Panthers. He has rushed 82 times for 1,168 yards and 21 touchdowns. He is a big reason the Panthers are scoring 45.1 points per game.

Defensively, Bigelow is tough with a 13.7 points per game average. With an undefeated record, Bigelow hasn’t really been challenged. They gave up 32 points in a 21-point shootout against Carlisle in Week 2 and beat Mountainburg 49-22.

The Panthers also hammered Class 3A rival Perryville 35-8. Bigelow has a bye in the first round but could see Hazen, which beat contender Clarendon, but the bracket sets up well for them to advance at least to the semifinals. They’ve been dominant all season and most expect a run to Little Rock.

It will be hard to pick against the Lions with Quincey McAdoo leading the way. The Arkansas commit is not only the best player in Class 2A, but he might be the best player regardless of class. If he were playing at a bigger school, he’d be focused on receiver. At Clarendon he lines up all over the field offensively. He has passed for a touchdown, run for a touchdown and caught touchdown passes. Overall, he’s scored 15 touchdowns and rushed for a team-leading 751 yards, and he is second in receiving yards with almost 400. McAdoo also plays safety and handles some of the kicking duties.

Quarterback Kaleb Williams has passed for 1,323 yards and 11 TDs with five interceptions. Terrance Hampton has 18 caches for 582 yards and and seven TDs.

The Eagles were stomped by Clarendon in the regular-season finale but the 2020 Class 2A runner-up enjoyed a good season at 8-2 and have a clear path to the semifinals with a good draw.

The Eagles’ offense is led by sophomore Cache Flanagan, who replaced injured senior starter Jake Redhair. Junior fullback Jack Kearby has run for more than 800 yards and five touchdowns this season, and Trevion Reed averages 16 yards per carry on his way to more than 600 yards and 13 touchdowns.

The two-time defending Class 2A state champions received a good draw with a bye in the first round and a home game in the second round. The semifinal round would most likely be against 6-4 Magnet Cove.

The Redbugs’ only losses came to Class 4A programs Monticello and Dardanelle and 2A contender Clarendon. Fordyce also beat Class 3A playoff qualifier Rison in the opener.

Fordyce’s run-oriented offense is boosted by senior center Carson Williams (6-3, 285), who bench presses 350 pounds and is a three-year starter who is headed to the Air Force Academy.

Senior Trey Merritt, who played running back on last year’s state title team, has filled in at quarterback this season but battled an injury early. He tossed a couple of touchdowns in a blowout of Bearden last Friday. Merritt also plays defensive end and nearly returned a fumble for a score last week.

Defensively, an impressive linebacking corps is led by sophomore Caremelo Allen, the tackles leader, along with seniors A.J. Williams and Jacobie Walker.

The Jaguars might have played the toughest schedule of any team regardless of class this season. They own nonconference wins over Hazen, Des Arc and Clarendon — all teams who were in the upper echelons of their respective conferences. Their lone defeat came in west Little Rock in overtime to Class 3A Baptist Prep, 31-24.

Seventeen starters returned from last year’s team that lost to Junction City in the second round.

Their only close conference game was a 22-18 win over East Poinsett County. They could very easily meet Des Arc during Thanksgiving weekend in a rematch of their 34-26 triumph in September.

Senior quarterback Cason Campbell, an Arkansas State baseball commit, leads the Jaguars offense. Classmate and fellow baseball player Reid Kennon is a standout running back and linebacker. The Jaguars are also tough up front on offense and defense.

The 7-3 Bulldogs will get two home playoff games if all goes well and could play Clarendon in the quarterfinals. Quitman’s only losses other than to conference rival Bigelow came to Class 3A Melbourne and Mountain View in nonconference games.

The Bulldogs can put up some points thanks to quarterback William Litton, who has passed for 1,545 yards and 19 touchdowns and rushed for 1,011 yards and 16 touchdowns. Sophomore Geyson Ealy and junior Trevor Locke both have close to 600 yards receiving. Litton also has racked up more than 100 tackles on defense.