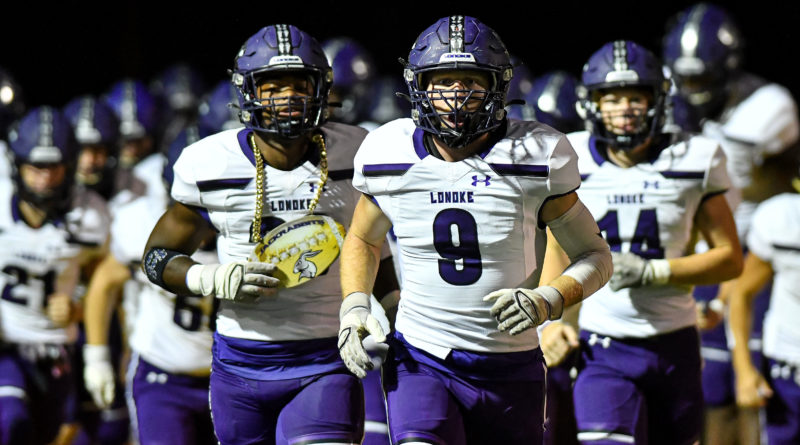 It’s playoff time in Arkansas, and while several teams won’t play until next week, there are several good matchups on the opening Friday night of the postseason.

Not only was Vilonia’s loss to Greenbrier a tough pill to swallow, but it caused the Eagles to have a worse draw in the Class 5A playoffs. Forget not winning a conference title or the Judge’s Cup, playing a No. 3-seeded Little Rock Christian team is the real downer here.

The Warriors rolled though the first part of the schedule and then narrowly lost to White Hall and was clubbed by Pulaski Academy a few weeks ago. LRCA features veteran coach Eric Cohu, who has guided his teams to the Class 5A state championship game the past three years. LRCA’s offense is also potent with sophomore quarterback Walker White, who has passed for more than 1,600 yards and is already a major Division I prospect, and senior running back Jayvean Dyer-Jones (1,238 rushing yards and 15 touchdowns).

Vilonia is no slouch, though, and hadn’t lost a game until last week. Senior quarterback Austin Myers is one of the best quarterbacks in the state, regardless of class. Myers, who is also a basketball standout, has passed for 3,034 yards and 42 TDs. Classmate Kannon Bartlett (1,017 receiving yards and 14 TDs) and Jamison Hinsley (914 yards and 12 TDs) are Myers’ favorite targets.

Whoever wins this game could make a deep run after possibly playing at Nettleton next week.

The Wildcats have put up points this season but turnovers and a porous defense have doomed them. Junior quarterback Luke Buchanan is averaging just over 270 yards passing per game, and receiver Patrick McKee has 81 catches for 1,057 yards.

Cabot senior receiver Braden Jay does it all for the Panthers and lines up all over the field, amassing 177 yards of offense per game. Senior running back Mason Bell has run for more than 700 yards, and senior quarterback Grant Freeman is averaging nearly 170 yards passing per game.

The winner must travel to Fayetteville. A year ago, Cabot was in the same position and advanced to the quarterfinals and traveled to Bentonville and upset the Tigers.

Nettleton notched one of its biggest wins in recent memory in beating perennial power Wynne on the road last week for the 5A-East Conference title. By virtue of that win and the No. 1 seed, the Raiders will remain at home for the duration of the playoffs, which would be big next week while playing the winner of Little Rock Christian/Vilonia.

But first, they must dispatch the Trojans, who are athletic and can rack up points. Senior Robert Linnear ran for 126 yards and three touchdowns in a loss to Hot Springs Lakeside last week. Pierce Smalley, who also plays safety, ran for 76 yards a touchdown before leaving with an injury in the loss.

Nettleton senior quarterback Cameron Scarlett is among the best dual-threat quarterbacks in the state and ran for 190 yards and three touchdowns in the win against Wynne last week. Classmate running back Koby Bradley makes for a good one-two punch with Scarlett and has given defenses fits all season.

This is a matchup of a high-octane offense and a lock-down defense. Wynne has been stout all season but did give up 26 points in a loss to Nettleton last week. The Raiders’ dynamic quarterback, Cameron Scarlett, tormented the Wynne defense. Lakeside’s Jordan Mills hopes for similar success, but he will be attacking by air and not ground.

Mills has passed for 2,660 yards and 29 touchdowns. The Rams also feature sophomore running back Braylen Russell, who ran for 150 yards and a touchdown against Hot Springs last week and committed to the University of Arkansas.

Wynne’s run-oriented offense is hard to defend, and sophomore fullback Cobey Davis has racked up more than 1,000 yards rushing for the Yellowjackets.

Another classic matchup of a high-flying offense and a lock-down defense. White Hall has shut out five opponents this season.

Farmington lights up the scoreboard with sophomore quarterback Cameron Vanzant leading the way. Last week against Alma, he torched the Airedales for 311 yards and six touchdowns. Senior receiver Justin Logue is his favorite target and Caden Elsik, who ran for 166 yards against Alma, bolsters the run game.

White Hall’s offense relies on diminutive running back Zaire Green and quarterback Matthew Martiznez. The offense isn’t flashy but has been effective.

The Grizzlies, a dangerous No. 5 seed, invade Centerton to play a Wolverines team which has lost their past three games.

Northside nearly beat Conway and took 7A-Central champion Bryant into the fourth quarter. They have had difficulty finishing games but have contended with the running back combination of seniors Ty Massey (156 carries for 1,065 yards and 13 TDs) and Sundquist Church (160 carries for 1,077 yards and 10 TDs). Senior Walker Castavis has been effective passing the ball.

Bentonville West’s Braden Jones could make an impact in this game as he plays running back and linebacker and has been a star in the kicking game, blocking a punt and returning two kickoffs for touchdowns.

The reward for winning this game? Most likely a trip to Northwest Arkansas to play juggernaut Shiloh Christian.

Both of these teams are talented offensively, especially Ashdown, which faltered down the stretch of 7-4A Conference play after looking like a league title contender.

Dynamic junior running back Jayden Fricks has rushed for close to 1,000 yards in the regular season. Senior quarterback Alex Keilbach is solid and often connects with junior tight end Shemar Easter, a University of Arkansas commit.

Lonoke sophomore quarterback Bradon Jones has improved weekly and passed for 232 yards and two touchdowns in a 28-24 win against Clinton last week. He also ran for 115 yards and two scores. Junior receiver Landon Jones caught 11 passes for 147 yards and a touchdown in the win.

The Bombers are only 3-7, but they’ve played four teams in the Top 25. Their schedule has been much tougher than the Bears’ schedule.

Junior quarterback Brady Barnett moved to offense from the defensive secondary midway through the season and has totaled more than 1,400 yards of total offense.

The Bears rarely pass the ball out of the flexbone and are content to hold the ball and chew clock.

Mountain Home senior linebacker Moses Adams (91 tackles and seven sacks) will lead a charge to neutralize the Bears’ running attack along with sophomore defensive end Robert Dover, who has seven sacks and 14 tackles for loss this season.

On paper it looks to be an easy win for the Senators, but Mills is hoping the return of sensational junior running back Jabrae Shaw will make a difference. Before he went down with an ankle injury in late October, the Comets were cooking … and then they lost four straight games. Senior fullback Boyce Mitchell is a good complement to Shaw and ran for 161 yards and two TDs while Shaw had 98 yards on the ground in a blowout win against Heber Springs last week.

The Senators, who beat the Comets 63-18 in the first round of last year’s playoffs, have won nine consecutive games and are explosive offensively with senior quarterback Jack Cleveland, who passed for five TDs in a win against Haskell Harmony Grove last week. E’Marion Harris, a University of Arkansas commit, leads a dominant offensive line and will also line up on defense.

The Blazers have one of the best defenses in Class 5A, which has kept them in games all season. Valley View is giving up 13 points per game and has held five opponents to a touchdown or less.