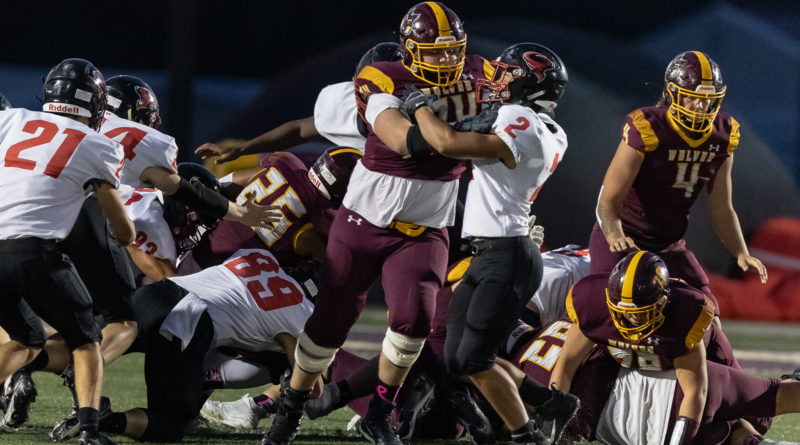 Over the next few weeks, we’ll be taking a position-by-position look at some of the top players in Arkansas high school football. This list focuses on the offensive linemen.

There are hundreds of standout football players in Arkansas and these lists are not intended to be comprehensive. Use the comments section to discuss the other linemen worthy of fans’ attention in 2021.

A three-year starter who bench presses 330 pounds and dead lifts 600, was offered a scholarship by Baylor and Louisiana-Monroe in the spring.

The lone returning starter from last year after earning all-conference honors at guard as a junior.

The California transfer has helped fortify the Tigers’ line for an offensive unit that torched 7A-West opponents this fall. Su’a had several Division I offers but settled on Arkansas earlier this fall.

A four-year starter who earned all-state honors as a junior. He bench presses 330 pounds. Came into the season with offers from Auburn, Miami, Missouri, Central Florida and SMU. Grades out weekly in the 90-percent range.

“Jack has had a really good senior year,” said Har-Ber Coach Chris Wood. “Jack is physical and likes to finish off blocks in the run game. He really understands concepts and schemes.”

Pinales finished third in the heavyweight division at the state wrestling tournament. Earned all-conference honors as a junior and averages 80 percent blocking grade most weeks.

“Micah has played really well and knows how to use his hands to create leverage,” said Bentonville West Coach Bryan Pratt. “He’s a hard worker and having a great year.”

The Princeton com it also had offers from Kansas and Middle Tennessee state. He bench presses 330 pounds and squats 550 pounds. He “doesn’t have a weakness in his game,” said Bryant Coach Buck James.

Shifted from right tackle to left tackle before the season. He squats 510 pounds, dead lifts 500 pounds, bench presses 315 pounds and power cleans 305 pounds. He has veraged above 80 percent each week and averages 10 pancake blocks per game. Sutolvich is a three-year starter who is headed to Air Force.

“Jace has been an anchor and leader of our offensive line for the past three years,” said Siloam Springs Coach Brandon Craig.  “He is extremely physical and has dominated opponents all season. Jace has excelled in the classroom, on the field and as a leader for our team.   He will truly be missed and is leaving an outstanding legacy at our school.”

Presson was a state wrestling runner-up as a junior. He bench presses 300 pounds and power cleans 285 pounds. He is a three-year starter, who leads the team with 65 pancake blocks, including 19 in one game and averages 90 percent blocking grade for the season.

“Jeremiah Presson is definitely one of the best offensive linemen in the area,” said Greenwood Coach Chris Young. “He has been a three-year starter for us and has had an outstanding year.  Really physical and a great finisher.  He has been a tremendous leader to our other offensive lineman this year.”

Chamblee is a three-year starter at left tackle who committed to Arkansas in the offseason. He received 18 scholarship offers from power five schools.

Graves earned all-conference honors a a junior and was viewed as one of the better offensive linemen and as as the team’s most physical blocker in the 5A-West according to Coach Joel Wells.

Robinson entered the season with a scholarship offers from Toledo, Memphis and Louisiana Tech. Coach Randy Tribble described him “as a big athlete who dominates people and “wants to pancake everyone he touches.”

King is a returning starter at tackle, who was an all-conference selection a year ago. He grew two inches and gained 30 pounds in the offseason. Coach Eric Cohu described him as the team’s most athletic lineman who has the tools to play in college.

Dawn committed to Baylor in the offseason,  and is also capable of playing guard. He enntered the season with scholarship offers from Arizona State, Arkansas State, Florida State and Missouri.

Harris committed to Arkansas in the offseason. He earned all-state honors as a junior.

Burns started the final four games of his freshman season at guard and hasn’t missed a start since. He had 25 pancake blocks as a junior and has offers from Kansas and Middle Tennessee State. He bench presses 300 pounds and is “very mobile for his size” according to Coach Jeremie Burns.

He is a three-year starter at guard and  was an all-conference performer as a junior. Coach Bo Hembree said he’s “physical and loves to mix it up and is the team’s best linemen from a technique standpoint.”

Jackson is a four-year starter at left guard who earned all-conference honors as a junior.

Farnham is a three-year starter, who earned all-state honors as a junior. According to Coach Norton, Farnham was playing at an all-state level before suffering a season-ending knee injury at Atkins in the fifth week of the season. He lifts a combined 1,105 pounds in bench press, power clean and squat.

“Garrett has been an outstanding player for us in his career at Perryville,” said Mustangs Coach Chris Norton. “Prior to his injury, Garrett was Perryville’s highest-graded offensive lineman for the second consecutive season.  He displays outstanding feet in pass protection, plays with good hands and understands the system inside and out.  His injury was a tremendous blow to our offensive line and football program.

Alexander earned all-state honors as a senior and is a three-year starter.

He is a three-year starter at left guard, who bench presses 345 pounds. “Jacob is the most talented offensive lineman I’ve coached in my career,” said Harding Academy Coach Neil Evans. “His strength and athleticism at his size is extraordinarily rare.  is academic prowess is something to behold, as well.”

Chappell started every game as a junior at left tackle. He has 21 pancake blocks and his offensive line grade on the season is 83 percent.

Chappell has “good feet and a great punch” and “tough enough to play anywhere,” said Coach Tom Sears. “Jalen has had a tremendous year. He has been a great senior leader on and off the field.”

Lafoon was an all-conference selection as a junior at left guard. He bench press 290 pounds and power cleans 285 pounds. “He is fast, physical and mean,” said Jessieville Coach T.J. Burk.

Philips was an all-conference selection as a junior and ranked second on the team in pancake blocks and had 90-percent blocking grade. “He’s got a good fire to him,” said Coach Luke Starks.

Shaver was an all-conference selection as a  junior and is a three-year starter. He squats 535 pounds, bench presses 315 pounds and power cleans 290 pounds. Shaver has Improved his footwork in the spring and “mauls you with a low center of gravity,” said Coach Kyle Jackson.

Williams is a three-year starter at center who earned all-conference honors as a junior. He bench presses 350 pounds and is headed to the Air Force Academy.