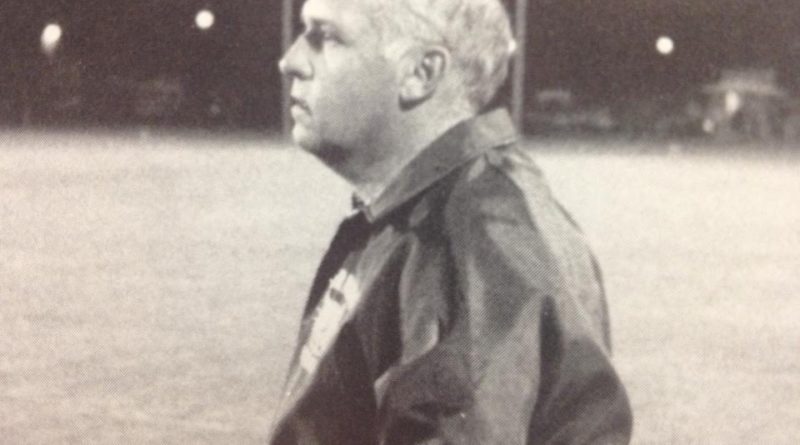 Iconic football coach Don “The General” Campbell passed away Monday evening at the age of 80 following a long battle with cancer. Campbell coached for 39 seasons, 31 as a head coach, at Corning, Sheridan and Wynne, where he won the AAAA state championship in 2001 and 2004.

Campbell was first tabbed “The General” by Randy Rainwater, long-time host of both Drive Time Sports and the Friday High School football postgame show on The Buzz Radio Network.

“There are maybe a dozen what I call Generals,” Rainwater said on the Gridiron Icons: Arkansas’ Greatest High School Coaches podcast in January 2021 in which Campbell was featured. “I have always thought of anyone who has not only won state championship games but has persevered for years. To me that is the key to any business is persevering, surviving. Don from Corning to Sheridan to Wynne has not only been a survivor but a winner and that is why he got the classification of “The General.”

Famously known for his “27 Trap” play, Campbell did not enter the coaching profession until his late 20s, initially working for a finance company in Memphis. He went back to college in 1965 at the request of his mother. After six weeks of attending school, Campbell returned home to Forrest City to help run the neighborhood grocery for a year and a half, the store his family owned after his father passed away.

Feeling it was in his best interest to return to college, Campbell enrolled at Henderson State University, earning his degree in education following in the footsteps of his wife, Rita. After graduating in 1968, he returned to northeast Arkansas, accepting a job in the now-defunct Luxora School District at the age of 27.

After spending a year at Luxora, Campbell’s next stop was at Corning, where he learned the ins and outs of football under Wendall “Dutch” Noe. He led the junior high team for seven years and was named the head coach after Noe got out in 1976 and served until 1986, when he accepted the same position at Sheridan.

Sheridan had lost 27 games in a row when Campbell arrived, the longest losing streak in Arkansas, and had a combined record of 14-64-1 over the previous eight seasons. In his first season, Sheridan went 7-3-1 and continued to build on that in his second year, finishing 11-1 and winning the district championship.

Campbell accepted his final job at Wynne in 1991, and he compiled a 147-46-3 record in 16 seasons. He retired in 2006, finishing his career with 257 wins (eighth all-time), 98 losses and six ties, including 16 conference championships to got along with the two state titles. Campbell was inducted into the Arkansas High School Coaches Hall of Fame in 2008 and the Henderson State Hall of Fame in 2010.